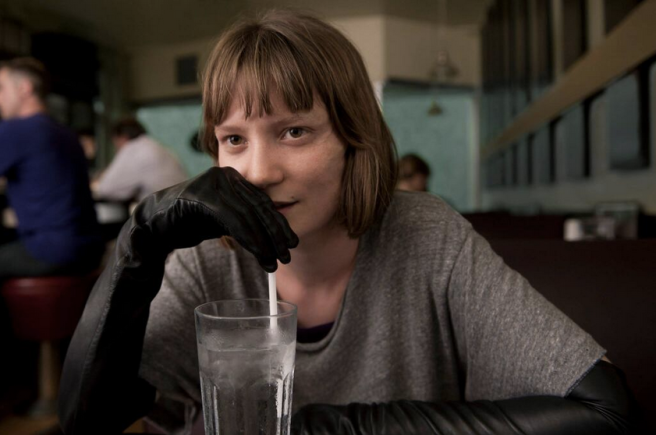 The latest from Canadian director David Cronenberg finds him, for the first time, working in America (well, he was here shooting for five days, which is not nothing). Specifically Hollywood, which is a kind of America only in the very loosest sense. He finds it a tangled wasteland of venality and corruption, naturally enough, but one especially marked by all manner of family relationships gone horribly wrong. Julianne Moore (in a performance that might have won her the Oscar in an alternate world where such awards don’t automatically go to the most diseased performance) plays an aging actress trying to win a role that her mother played 30 years earlier. Said mother is now deceased, having died in a fire some years before, and may have sexually abused Moore as a child. She works through these issues with her therapist, John Cusack (his technique with her is talking-while-massaging, though he appears to make his money primarily via infomercials  and airport speaking engagements). Cusack and his wife, Olivia Williams, struggle to maintain their 13 year old son’s acting career while dreading the reappearance of their daughter (Mia Wasikowska), who has been in a sanitarium for seven years after she tried to marry her brother while setting the family home on fire. Wasikowska, through her internet-friendship with Carrie Fischer (playing herself, I guess), gets a job as Moore’s personal assistant and carries on a tentative romance with a chauffeur played by Robert Pattinson (a demotion from his starring role in the last Cronenberg film, Cosmopolis, in which he spent most of the film being driven around town in a limo). Drugs, violence, more incest and more fire ensue.

END_OF_DOCUMENT_TOKEN_TO_BE_REPLACED

The great achievement of David Cronenberg’s Naked Lunch is that it proves an adaptation need not be faithful to the original text to be successful. Of course, in this instance a straightforward adaptation would be all but impossible as William S. Burroughs’ hallucinogenic novel is one of the most infamously unfilmmable books. Instead, Cronenberg cleverly combines elements of the novel with pieces from Burroughs’ more straightforward work, as well as events from the author’s real life, to construct a feature that captures the essence of Naked Lunch, if not the literal plot.