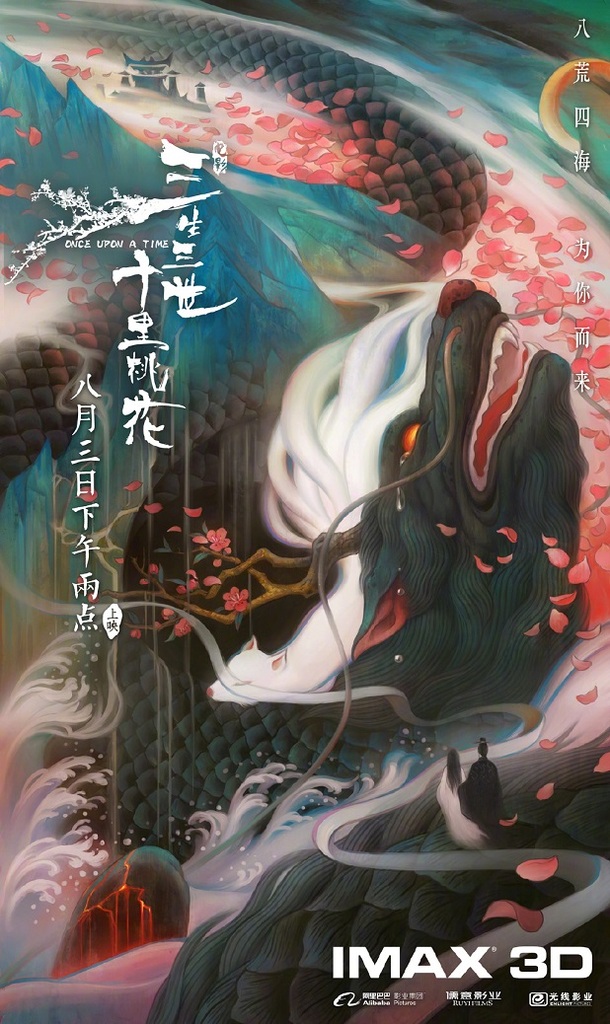 The intersection between myth and teen drama, between cartoon wuxia and soap opera, with a dash of Hitchcock just to make things interesting, Once Upon a Time is unlike anything likely to play on Seattle Screens this year. The directorial debut of longtime Zhang Yimou cinematographer Zhao Xiaoding (he shot all of Zhang’s films from House of Flying Daggers through The Great Wall), it’s as lushly gorgeous as anything in higher profile releases like Journey to the West: Demons Strike Back, with acres of peach blossoms, castles in the clouds, and godlike beings morphing freely into animals. The story is adapted from a 2008 online fantasy novel called Three Lives Three Worlds, Ten Miles of Peach Blossoms by Tang Qi, which may have been plagiarized from an earlier online fantasy novel called The Peach Blossom Debt by Da Feng. (You can read about the allegations and compare some evidence for yourself here. I can’t read Chinese, so I can’t judge if it is outright plagiarism or simple imitation. The fact that both works were published online and that in Da Feng’s the romance is homosexual (LGBT depictions are officially banned on television and online media in China) makes the issue particularly complicated). The novel was also adapted earlier this year as the Chinese TV series Eternal Love starring Mark Chao and Yang Mi.