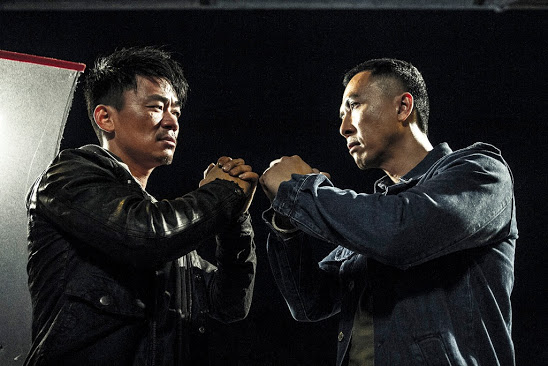 The latest acclaimed Hong Kong film to sneak onto Seattle Screens at the AMC Pacific Place (following Johnnie To’s Don’t Go Breaking My Heart 2 and Tsui Hark’s The Taking of Tiger Mountain, among other recent hits) is a new collaboration between director Teddy Chan and star/choreographer Donnie Yen. The two were previously paired in Chan’s 2009 period adventure film about Sun Yat-sen, Bodyguards and Assassins, but this new film is more in line with Yen’s present-day cop films SPL and Flash Point, both made with director Wilson Yip. Yen plays a kung fu expert serving a prison sentence for accidentally killing a man in a duel. Three years into his term, the cops are on the hunt for a serial killer, one who appears to be targeting kung fu experts. Donnie volunteers his services to track down the killer, but of course he knows more than he’s letting on. As with the Yip films, the action is brutally physical, aided in no small measure by CGI special effects, the impact of which is still working its way uneasily through the language of Hong Kong action cinema.