This is part of our coverage of the 2015 Seattle International Film Festival. 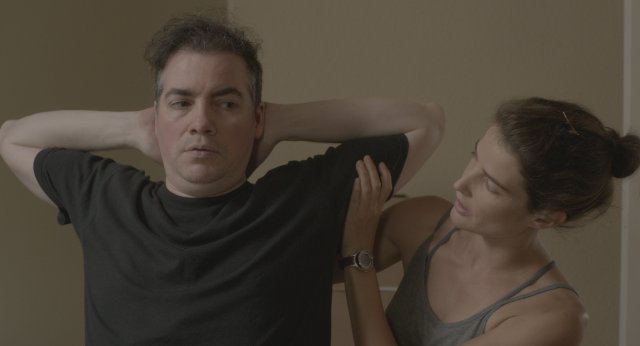 Quickly recapping the first weekend of the 2015 Seattle International Film Festival, here’s what I managed to catch:

Results – Andrew Bujalski’s follow-up to the highly-acclaimed Computer Chess takes a left-turn into conventionality with a rom-com packed with recognizable Hollywood stars, but one that happily retains the goofy spirit of its more experimental predecessor. Cobie Smulders (“the other woman from The Avengers” as I overheard her defined in the pre-show line-up) plays a personal trainer working for and occasionally sleeping with Guy Pearce, a nice guy who genuinely believes his self-help mantras, even though they’re spoken in Pearce’s always-weird-sounding (to me) natural accent. They’re hired by the recently-divorced and now surprisingly wealthy (an unexpected inheritance) Kevin Corrigan, who, having failed in his own clumsy attempts to woo Smulders, schemes to get the two beautiful people together. Light and ambling, the film has a gentle rhythm that allows ample time for the cast (rounded out by such reliable Hollywood eccentrics as Anthony Michael Hall and Giovanni Ribisi) to have fun as the plot, such as it is, slowly unfurls. Rather than driven by situation as most contemporary Hollywood romantic comedies are, cursed by the conventions of television, Results flows instead out of the weirdness of its characters, the relationships and motivations between them falling into place so gradually that their inevitability goes unnoticed for much of the film. It isn’t as obviously wild as Computer Chess, but it’s just as unusual a creature in the contemporary film world: a classical romantic comedy.

Back to the Soil – In this short film, experimental filmmaker Bill Morrison reedits his grandfather’s filmed account of Jewish settlers in the Soviet Union in the late 1920s. The landscapes look disastrously harsh, though that may just be the grainy black and white making lush fields of wheat look like vast, featureless plains of mud and rock. As it’s the repurposing of another person’s footage, not only are we attempting to figure out what the people in the images are thinking (grim determination, the spirit of bold adventure, hope, desperation?) but also what the filmmaker was thinking: why did he choose to capture these images? On-screen titles denote the locations, the number of settlers and the total acreage of the colony for every space, an actuarial foundation for ghostly images. 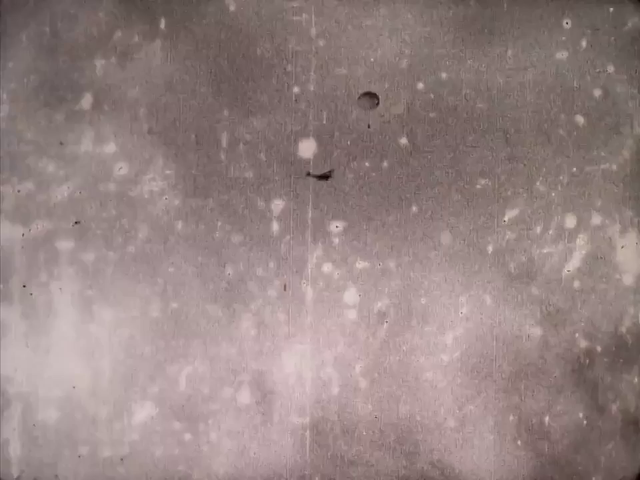 Beyond Zero 1914-1918 – Matched with that is Bill Morrison’s feature, showing harrowing found footage of World War I as it survives in various states of decay. Edited into a kind of narrative order (buildup to war, some fighting, casualties, machinery: tanks and aircraft) at one remove thanks to the dissolution of the celluloid (what we’re seeing are digital images of film frames). The analogy of the disintegrating film and our societal forgetfulness is obvious but no less compelling. Same goes for the score performed by the Kronos Quartet (Morrison apparently (these are the only two of his films I’ve seen) often works with contemporary and avant-garde composers, this score is by Aleksandra Vrebalov). The film begins and ends with its best shots: first, ghostly tanks rumbling in and out of a blue mist; second, an aerial dogfight filmed from the ground, the loser parachuting into the void, floating through the clouds and never reaching the ground, a shot that remained me of no less than the final shot of Ran.

natural history – James Benning’s latest was greeting with a sense of frustration by the SIFF Film Center audience. No less than 14 people walked out of the auditorium, which, given the intimate space’s uncovered wooden floors, added much to the film’s soundtrack. A series of static shots of spaces and things behind the scenes at the Museum of Natural History in Vienna, held for varying lengths of time for no immediately apparent reason (though I suspect there is a precise logic to it), the first walkouts began 10 minutes in and continued in a steady stream for the next half hour or so (I wonder what would happen if you mapped the space between the walkouts to the time-length of the various shots of the film). But what can I say, I thought the movie was really funny. Some of the fun was simply in making alien seemingly simple shapes, the extreme length of the take forcing me to abstract a shot of a room into its constituent visual elements, finding weirdness in the mundane. Some seem like tricks: staring at a shot of stuffed polar bears for five minutes, I began to wonder what size they were: given the context around them (some shelves, a power outlet) they seem much smaller than they should. Some just seem like a kind of playful torture for my desire for order: why isn’t that one butterfly lined up straight? Fix it! Also: Pig-Man! I don’t know about the half the audience that stayed through the whole thing, because I didn’t hear anyone else laughing, but I thought it was delightful.