After an up and down decade as a director for hire in the last days of the Shaw Brothers, working alternately in the wuxia and wacky comedy genres, John Woo finally hit it big in 1986 when he teamed up with Tsui Hark and the Cinema City studio to remake Patrick Lung Kong’s 1967 drama The Story of a Discharged Prisoner. One of the most influential films of the past 30 years, A Better Tomorrow established the formal and thematic template for a new era of crime movie: everything that has followed, from Woo’s follow-up masterpieces The Killer and Hard-Boiled to the triad films of Johnnie To, to myriad international imitators, has in some way been a response to it. Its impact on the Hollywood film has been less specific but no less real: raising the stakes of athleticism and complexity in action sequences, the bullet ballet being much more adaptable to the limited physical skills of American actors than Jackie Chan’s kung fu. 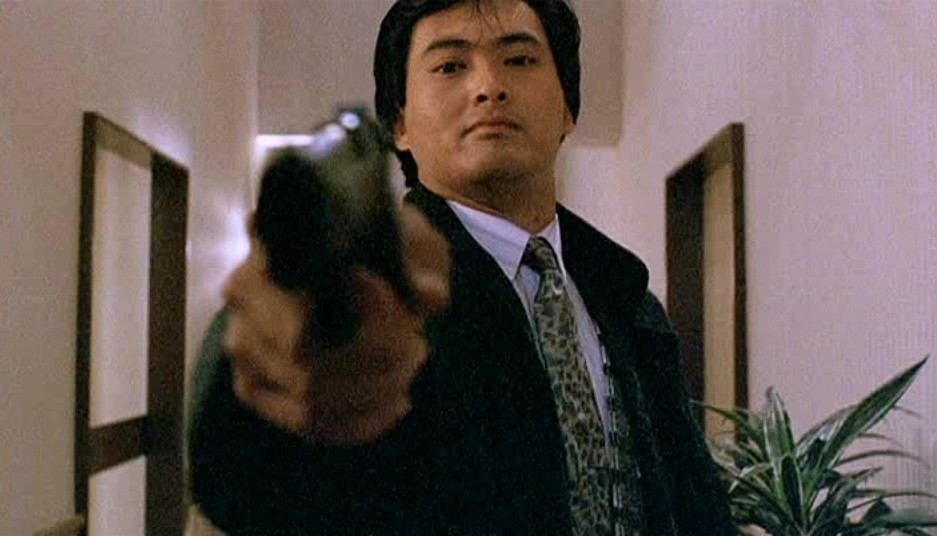 It’s also the film that made Chow Yun-fat an international icon. Though veteran Shaw Brothers star Ti Lung plays the lead, it’s Chow who is the most memorable character, ‘cool’ for a generation as definitively as Clark Gable or James Dean before him. After the film, the youth of East Asia took to wearing black dusters in imitation of Chow’s character Mark Gor, despite being a wholly unpractical jacket for the balmy climate. They bought so many pairs of Alain Delon sunglasses, the kind Chow wears in the film, that Delon himself wrote Chow a thank-you note. Like Woo, Chow had been toiling away for years before his break through, an accomplished soap opera actor with the occasional film success like Ann Hui’s The Story of Woo Viet or Love in a Fallen City, but A Better Tomorrow, followed by an unparalleled string of hits (City on Fire and Prison on Fire for Ringo Lam, All About Ah-long and The Eighth Happiness for Johnnie To, God of Gamblers for Wong Jing, as well as The Killer, Hard-Boiled and A Better Tomorrow II and A Better Tomorrow III: Love and Death in Saigon) established him as the greatest star in Hong Kong and one of the few who survived, for a while, the transition to Hollywood (where he was horribly, tragically misutilized at nearly every turn). He’s cool, for sure, but the greatness of Chow’s performance is found not only in the fashion or even the match in his teeth, but in the plasticity of his face, his broad features registering more conflicting emotions than you’d expect a slightly dim mob enforcer to be capable of feeling.

Chow and Ti play mid-level gangsters, operating within an international counterfeiting ring. Joining them is Waise Lee, who turns heel and sells them out to a Taiwanese gang. Ti ends up in prison while Chow ends up crippled after a bloody shoot-out in which he takes revenge on the Taiwanese. Three years later, Ti returns to Hong Kong to find Lee ruthlessly in charge and Chow reduced to beggerdom. And Ti’s kid brother, played by Leslie Cheung, a pop singer and actor who was himself on the brink of superstardom, is now a cop who hates Ti because his criminal life has hindered Cheung’s career advancement and directly led to the death of their father (King Hu veteran supporting actor Tien Feng). Ti wants to go straight to atone for his sins, Cheung wants to continue punishing him, Chow wants him to restart their gangster life, and Lee wants Ti to either join him or to kill him because he knows too much. As he tries and fails to navigate these incompatible imperatives, Ti is hounded by a Taiwanese police detective, played by no less than John Woo himself, who keeps reminding him of the impossibility of redemption: once you go bad, you can never be good. These moral quandaries are the foundation of what will become the ‘heroic bloodshed’ genre (the name itself is inspired by the literal translation of the Chinese title of A Better Tomorrow, True Colors of a Hero): the irreconcilability of the codes that define our idea of masculinity in the late 20th century, fraternal, familial, moral, capitalist. The contradictions lead to chaos, destruction and, almost always, tragedy. But occasionally, in sacrifice, some kind of redemption.

Formally, the film was no less influential. Using a ubiquitous and unforgettable musical theme to tie together a series of wordless scenes and montages, the film betrays its independence and low-budget, but the shoot-outs are nonetheless as spectacular as any metastasized Hollywood product. Lacking the budget for a proper flock of doves, Woo ramps up the melodrama with driving rainstorms, judicious use of slow motion and a great deal of yelling and anguish. But the gunfights are pure, graceful, beautiful. The advanced techniques of the Hong Kong action cinema translated from the period kung fu and wuxia film to the modern world of cops and robbers, from swordplay to gunplay, not for the first time (it was preceded into the present by Jackie Chan’s Police Story from the previous year, as well as Cinema City’s highly profitable Aces Go Places series of comic adventures and a whole host of films from the Hong Kong New Wave like Tsui Hark’s own Dangerous Encounters-First Kind, not to mention earlier films like Chang Cheh’s Ti Lung-starring Dead End, from 1969), but better than anything before it. Precision cutting and flowing camera movement would come to define the action film, blowing away the tension-based American system with a surfeit of bullets, preferably fired by a man clinching a match in his teeth, firing two handguns at once it a vain attempt at exorcising his existential pain.

A Better Tomorrow plays Sunday, June 28th in Scarecrow Video’s Screening Lounge. We’ll be discussing it as well on this week’s episode of The George Sanders Show.