We are living in a glorious age of animation. Some of the best programs on television are animated. From the great Gravity Falls to the always awesome Adventure Time and on to the fractured genius of Rick and Morty, animation has been fertile ground for visionary storytellers as of late. Cinema has not been ignored either. Heralded auteurs Wes Anderson and Charlie Kaufman have both made the move to stop-motion features. Kaufman’s Anomalisa is one of five films duking it out in this year’s Best Animated Feature race. For all of the flack the Academy has received for its homogenized choices this year, the Oscars should be commended for their Animated Feature field which sports five idiosyncratic films, only one with talking animals. Three of the five nominees come from foreign countries, two are stop motion and only one is completely computer generated. One! The days of dominance from the big studios like Dreamworks and Disney are over, at least temporarily.

Then why are most of this year’s five nominees for Best Animated Short so pedestrian? It’s odd that the features are more adventurous in their narratives and visual style than the shorts. There are certainly novel elements to the short films, whether it is the fluid “one-shot” look of the hand-drawn Prologue or the eye-popping color of Sanjay’s Super Team from Pixar. But some of these films feel like half an idea or their mission statement overwhelms the narrative itself. Both are the case with Bear Story from Chilean director Gabriel Osoro. The film is about a toy-making bear who builds a box that cranks out a mechanical version of his imprisonment in the circus and eventual escape back to his family. The animation is solid for the toy sequences but a little too flashy at other spots (Osoro really likes showing off the computer’s ability to generate dust floating in sunbeams) and the whole thing doesn’t quite gel. 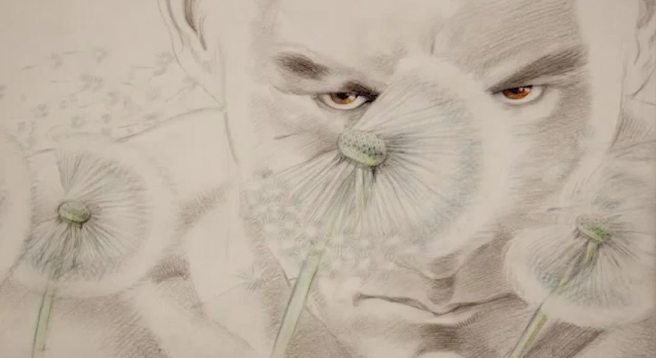 While Osoro’s well-placed abhorrence of the circus can be seen as heavy-handed in Bear Story it’s got nothing on Prologue‘s clunky treatise on the inhumanity of war. Director Richard Williams tells a silent tale with just pencil and paper that begins with a leaf before flying across the page to a centuries-old battle with shields and swords. Naked men thrust at one another, slicing arteries and severing genitalia, all gruesome images seen by a young child who runs back to the safe confines of their mother’s dress. The end. There isn’t anything more to it than that. And while the hand-drawn style is sweeping in its motion, freezing any frame in the battle would just look like something out of that stoner kid in high school’s notebook.

More effective and affecting is the Russian curio We Can’t Live Without Cosmos from Konstantin Bronzit. The film is about two cosmonauts who are inseparable. They share a deep love of space and one another. The film begins with some goofy humor as the duo work their way through their rigorous training regimen before the film turns into an exploration of loss. There are some indelible images contained within, if not any impressive animation. The turn of events from the thrill of exploration to the dull of devastation is interesting but not necessarily better than the deadpan antics that came before it.

Longtime Pixar animator Sanjay Patel gets his first directing credit on the personal Sanjay’s Super Team. The title character is a restless boy who daydreams that he teams up with Hindu gods to defeat a villain demolishing a temple. It’s no surprise coming from Pixar that the short looks fantastic. The sound design is equally stunning with a great blending of the musical score with the action onscreen. If anything Sanjay’s Super Team should have been longer than its seven minutes, as the film brings up some great possibilities that are left mostly unexplored. If you’re searching for an animated look at the complexity of Hindu culture, stick with Nina Paley’s Sita Sings the Blues. 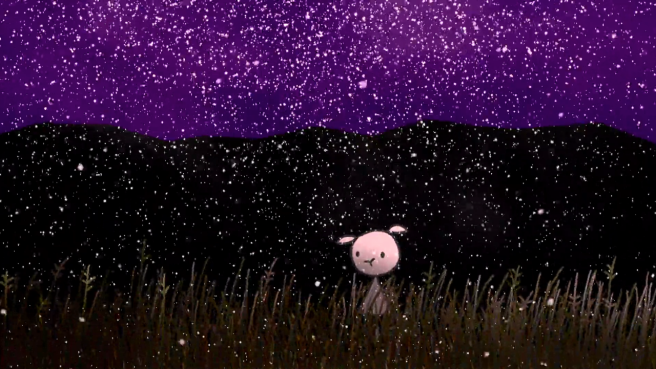 Which leaves us with Don Hertzfeldt’s World of Tomorrow. Hertzfeldt’s film, about a young girl being visited by a clone of herself from the future, is the only nominee that can hold its own with the aforementioned animated features. In a mere 16 minutes World of Tomorrow manages to cram in meditations on love, identity, and loss across a distinctively designed digital landscape. There is enough narrative here for a feature. Hertzfeldt’s decision to keep it confined to a short means that it’s bursting at the seams with ideas. The film is heartrendingly sad yet it brims with a resounding sense of wonder. It’s a film of bleak humor that doesn’t much care if we laugh at it, at ourselves, or at the world. World of Tomorrow is not just the best animated short of the year, it’s one of the very best films–animated, short, or otherwise.

(The 2016 Oscar-Nominated Animated Short Films play exclusively at Landmark’s Guild 45th for two weeks beginning January 29. Note that the program includes an additional four shorts non-nominated that were not available for review.)