This is a revised and expanded review based on a post from the critic’s defunct blog. 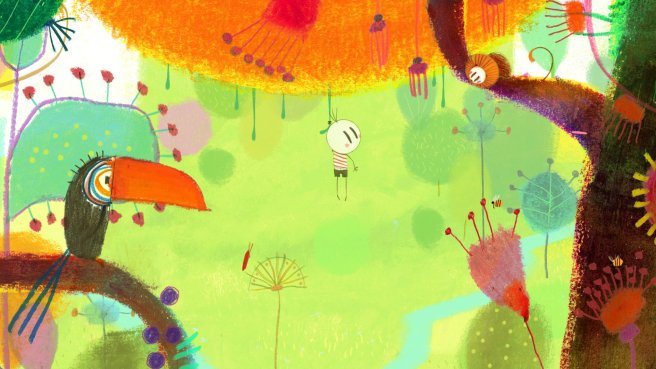 Brazilian director Alê Abreu’s charming feature Boy and the World finally gets a regular theatrical run after playing the festival circuit for the last couple of years. The film previously played in Seattle 20 months ago as part of the 2014 Seattle International Film Festival. Over those myriad screenings the film has garnered a windfall of goodwill, including winning numerous audience awards. In a sign of the diversity in this year’s Best Animated Feature field, it is conceivable that if Pixar’s Inside Out was not in the running, Boy and the World would have a legitimate chance at the Oscar. 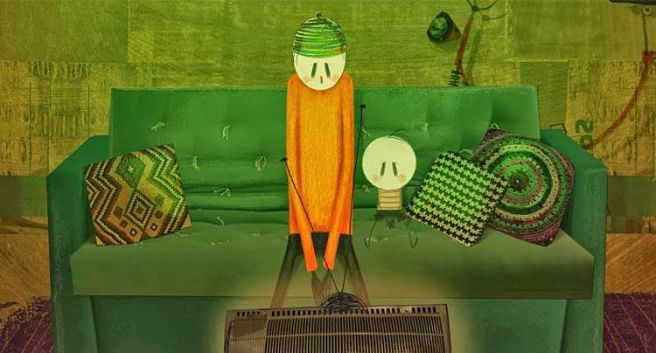 As a director, Abreu has a distinctive sensibility, melding a mesmerizing sound design with truly exemplary animation. It is always welcome to be exposed to a new visual style in animation, especially as the contemporary reliance on computer-generated imagery has caused further homogenization in the field. Most of Boy and the World is in a hand-drawn style with the characters not being much more complex than stick figures, but punctuated throughout are bits of computer-generated psychedelic patterns and satirical collage that expand the palette for the viewer as the journey itself does for the film’s protagonist.

The boy of the title is a curious child who is distraught after his father leaves home in search of work. The child sets out to find his father and discovers a world of vast possibilities. His journey inadvertently gives him an education in every sad step of the garment industry as it wreaks havoc upon the lives and resources of this larger community. 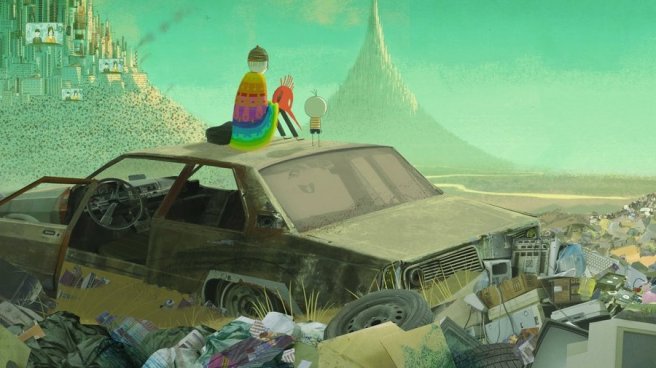 The film’s first half is content to just follow the boy as he uncovers new images and sounds in his ever-expanding universe, but the latter half stumbles when Abreu kicks his anti-industrialist agenda into overdrive. For the most part the melding of these two narratives works just fine, and thank goodness the film’s dialogue-free nature saves it from sermonizing, but a brief yet blunt cut to documentary footage of the machines of capitalist greed destroying countrysides is like a bullhorn shouting, THIS IS REALLY HAPPENING! It’s an unfortunate choice that takes the viewer out of the film’s fantastically realized world, a decision from which it never fully recovers.

Also, is it wrong that I liked the martial theme of the fascist police bloc more than the joyous song of the protesting people?

(The Boy and the World opens at the SIFF Cinema Egyptian 2/12.)