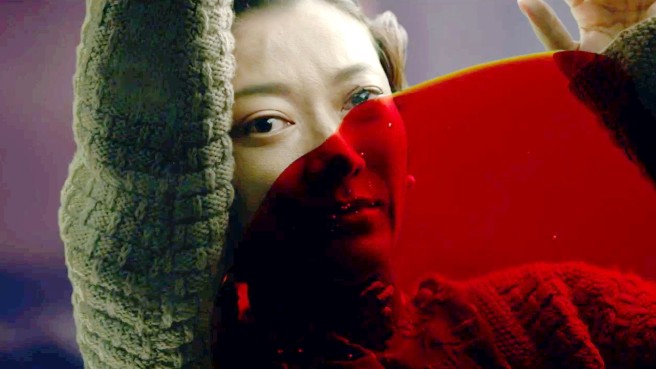 The Wasted Times was originally slated to be released in October of 2015. The film’s trailer has been playing before presentations of Chinese-language films here in North America for at least that long, but the film kept getting pushed back. There was speculation it might make the rounds of the fall film festivals (Vancouver, Toronto, etc) but when that didn’t happen, the film simply dropped off my radar. Then, when putting together the listings for this week, there it was, playing on a single screen, at the AMC Pacific Place, distributed by the good people at China Lion Film. And the movie provides exactly what that trailer promised: a ravishingly odd tale of 1930s Shanghai, interwoven stories of gangsters, actresses and the Japanese military, with superstars Zhang Ziyi and Tadanobu Asano looking impossibly cool and fashionable, all tinged with a self-conscious meta-humor. That last element is provided by an exchange in the middle of the film, reproduced in full in the trailer, when one of the actresses is describing the movie she’s working on to a friend:

Friend: I don’t get it.
Actress: Neither do I. The Director never wants us to get it. This is an art film, made for the 21st Century.
Friend: We’ll all be dead by then. It has nothing to do with us.
Actress: You’re right.

We’ll, fool that I am, I’m going to try to make sense of it anyway. Spoilers ahead.