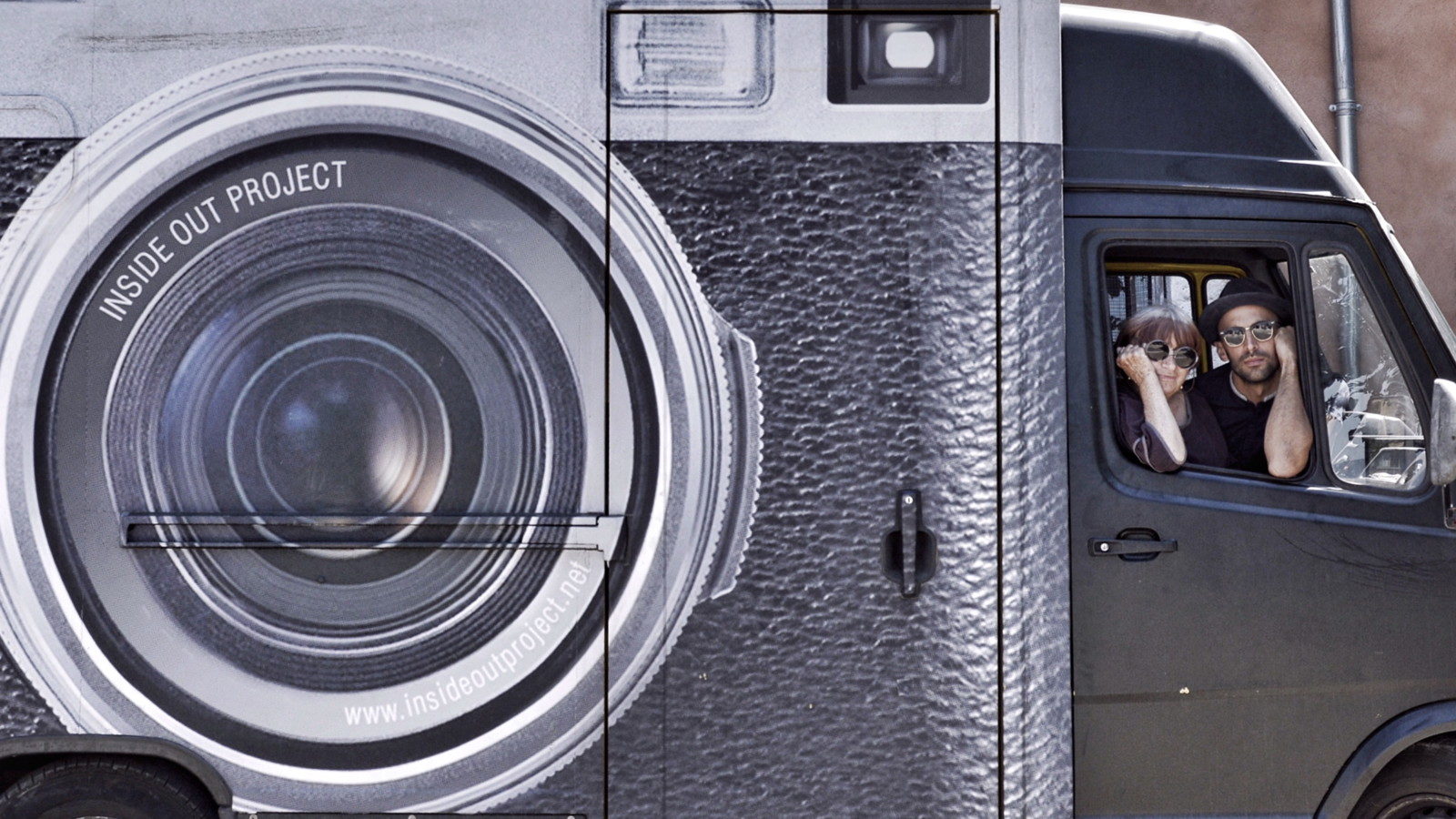 At this point, it seems moot to emphasize the collaborative nature of film. With almost no exceptions, every single movie requires the work of many talented, gifted artisans and craftspeople who provide incalculable contributions. Yet, with the very valid tenets of the auteur theory in mind, films co-directed by two distinct voices are special cases, especially in the case of the magnificent documentary Faces Places. The first credited director, Agnès Varda, the octogenarian filmmaker of Cléo from 5 to 7, Le bonheur, The Gleaners and I, and other such acclaimed works, almost needs no introduction to cinephiles. On the other hand, her creative partner JR is quite literally an unknown quantity: the visual artist and street photographer’s identity is uncertain, and while he has directed a handful of films, including a short starring Robert De Niro, to my knowledge he has made no significant splash in the world of cinema until now.

Varda herself is coming off of a partially self-imposed hiatus from feature filmmaking, having made her previous and ostensibly last documentary The Beaches of Agnès in 2008. But the fusion of their two diametrically opposed figures – she an elderly, world famous director with two-tone hair, he a 34-year-old visual artist with perpetually perched dark glasses à la Godard (according to Varda) – only enhances both directors’ innate sense of exuberance and sensitivity. Faces Places‘ ostensibly modest aims of photographing and plastering large photographs of average people onto structures across France provides a surprisingly humanist and playful backdrop, against which two remarkable artists create something both profoundly personal and entirely universal. 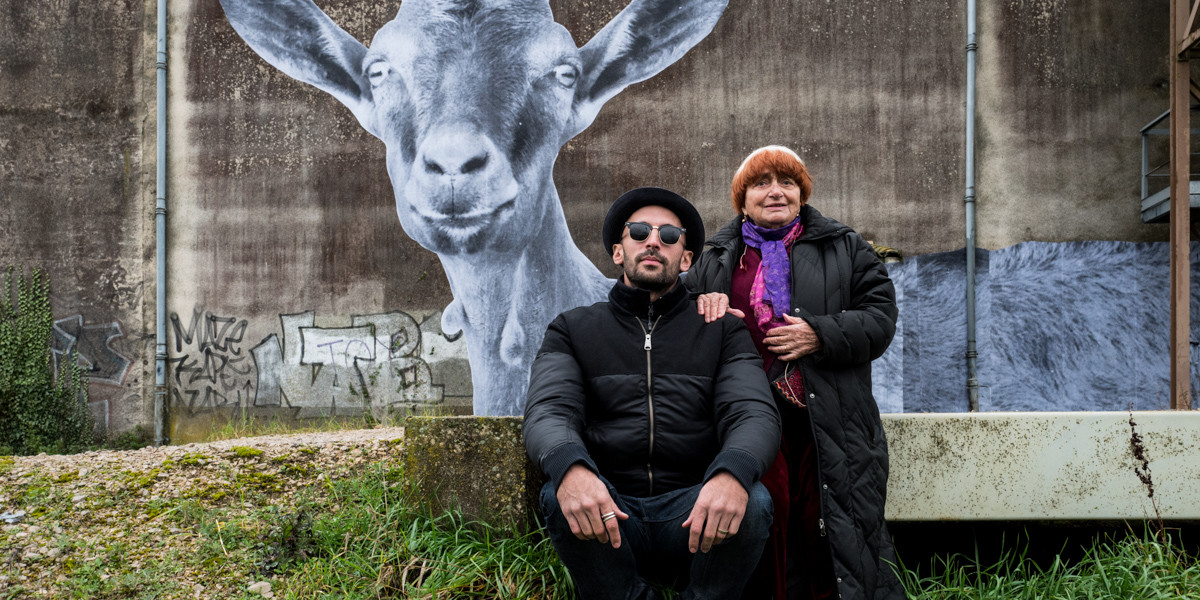 Perhaps what strikes most is how Faces Places‘s sense of collaboration arises. The film begins with a playful series of scenes imagining how the duo could have met (on a road, in a bakery, and most amusingly on the dancefloor), and while the actual point of first contact is much more mundane, it arises without ambiguity from a place of strong appreciation for each other’s work. Flashes of film clips from Varda (including Cléo) and some of JR’s large posted photographs appear at the very beginning, but on the whole the film relies solely upon the interplay between the two artists and their many camera subjects.

Whether it be the last woman living in a row of miners’ houses, a photograph of an old acquaintance pasted onto the side of a toppled bunker at Normandy, or the wives of shipyard workers, Varda and JR continually manage to tease out the fascinating and even fantastical via their particular mode of documentation. This isn’t the realm of, say, Humans of New York; the filmmakers do happen across incredible stories, but they are augmented and enhanced by the act of photographing, both in still and moving form. And, at least for Varda, this process is soon coming to a close: throughout the documentary her eyesight is failing, and there is a scene of an ocular injection quickly likened to “Un chien andalou.” Yet Faces Places feels no burden to be a capstone or a simple elegy, even if Godard almost makes an appearance. It is buoyed by sheer humanity in many forms, almost always managing to hit the perfect balance between the sentimental and the clear-eyed, prone to flights of fancy but persistently aware of when to come back to earth.