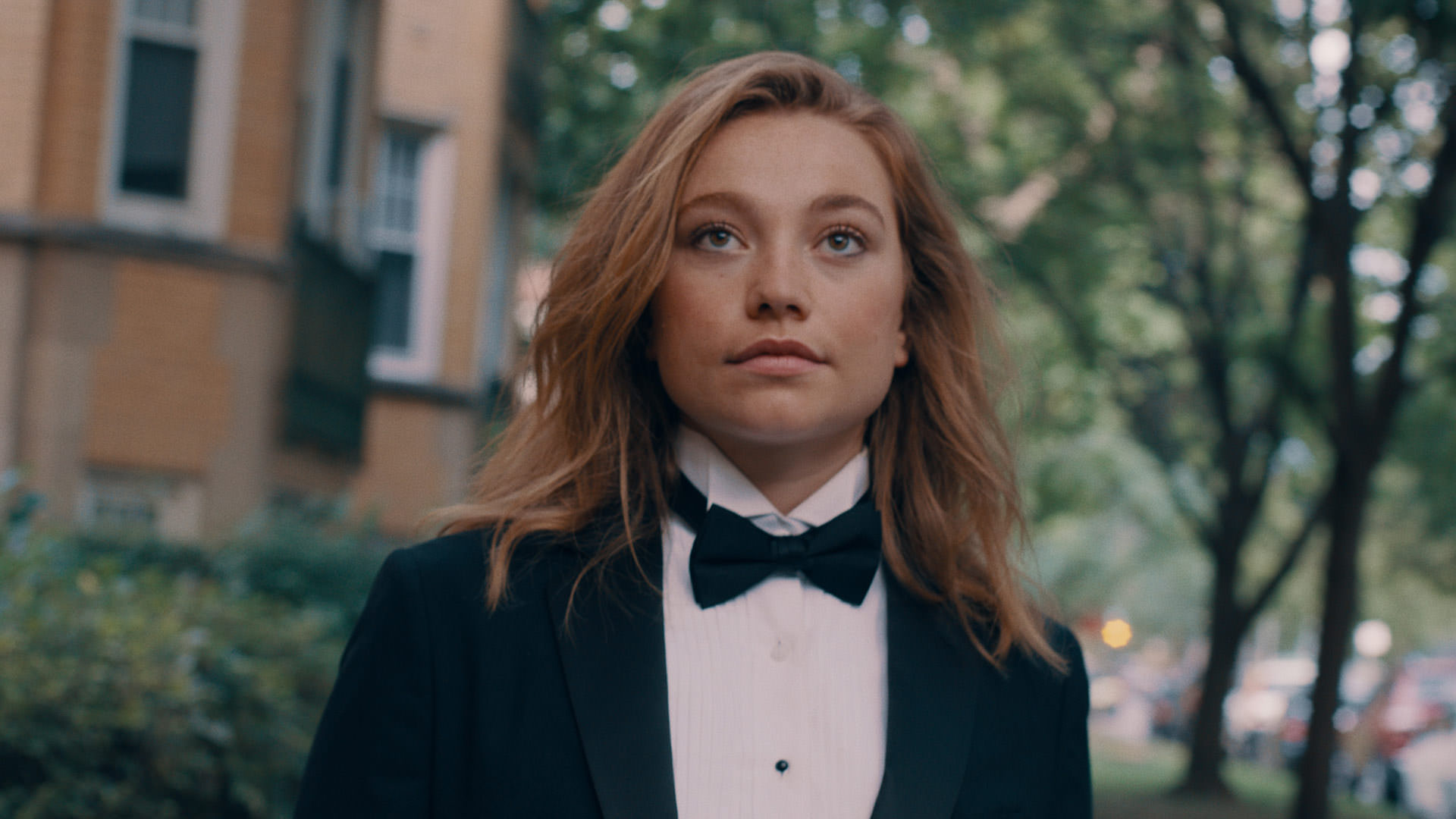 Chicago-based director Stephen Cone has quietly crafted, over the past decade, some of the loveliest films about queerness, faith, and queerness of faith in recent memory. His careful synthesis of exquisitely balanced ensemble casts and a straight-on, vaguely dreamy style makes for films that feel immensely attuned to both their main protagonists and the peripheral characters that fill out their existences. The two films that established his reputation on the American festival circuit, The Wise Kids and Henry Gamble’s Birthday Party, notably both took place in the distinct milieus of churches and never resorted to one-dimensional or dogmatic views of believers or nonbelievers.

In this regard, Princess Cyd represents something of a departure for Cone. It follows the stories of Cyd (Jessie Pinnick) and her aunt Miranda (Rebecca Spence) as the former, a vivacious teen about to enter her high school senior year, visits the latter, a professor and author of some renown, in Chicago for a few weeks. Their relationship is, from the start, playful and dynamic, as the two push and poke at the difference in years, views, and experiences between them. During her short stay, Cyd attends parties – her aunt’s “soirées,” a turn of phrase that does not go unnoticed – explores the city, and embarks upon a tentative relationship with an androgynous barista, Katie (Malic White).