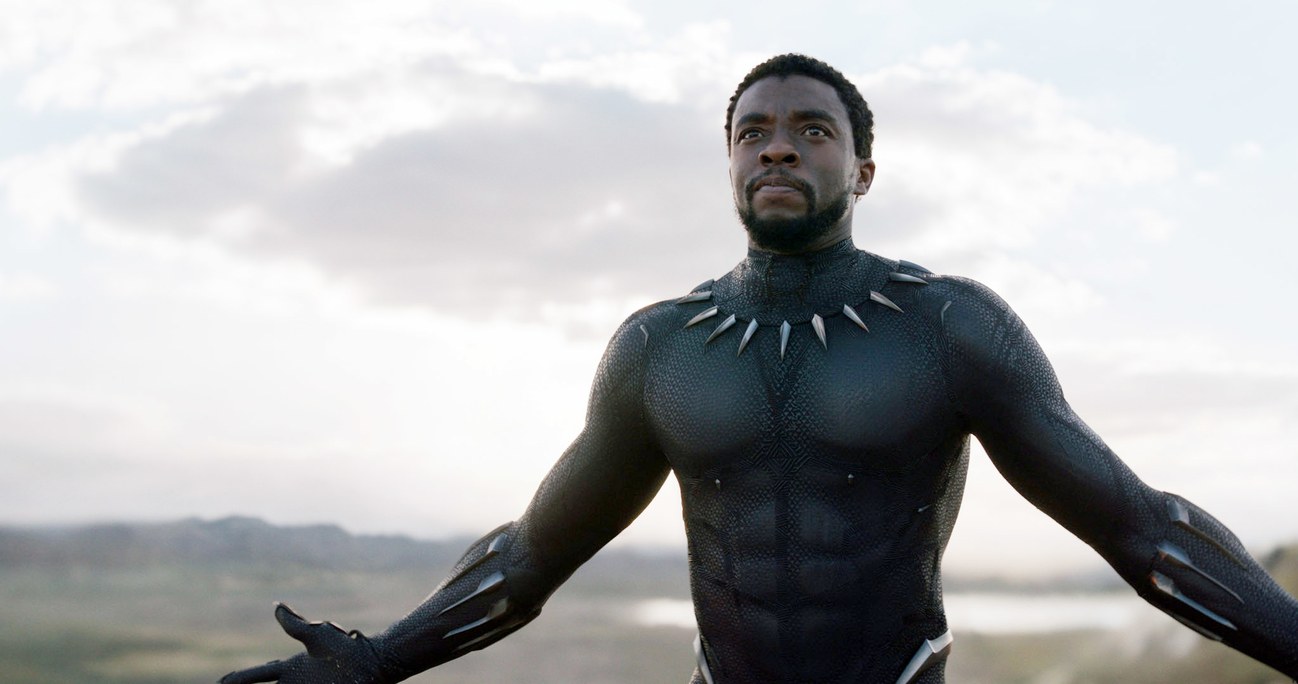 During the aftermath of a car chase in South Korea, Nakia (Lupita Nyong’o) cautions T’Challa (Chadwick Boseman), the newly-crowned warrior king of Wakanda and the eponymous superhero, warning him that “the whole world is watching.” It is a tempting and largely justifiable sentiment to apply to Black Panther, given both the lamentable societal state and the slightly more specific cultural moment. Though it is by no means the first film to have as its center a black superhero (as BAMcinématek’s excellent series demonstrated), it is the first of note since the rise of the juggernaut known as the Marvel Cinematic Universe in 2009. As a member of this alternately prestigious and dubious enterprise, its very existence brings along a whole host of expectations and baggage in terms of overall quality and, perhaps most crucially, representation.

That Black Panther is almost certainly the finest and most distinctive entry in the MCU is one bonus, but that it genuinely grapples with these issues and its particular place in modern society is another aspect entirely. The two are certainly linked, even down to the basic motivations of narrative, and the film’s ability to sublimate this and notions of culture within the loose template of a Marvel film is, at times, genuinely invigorating. 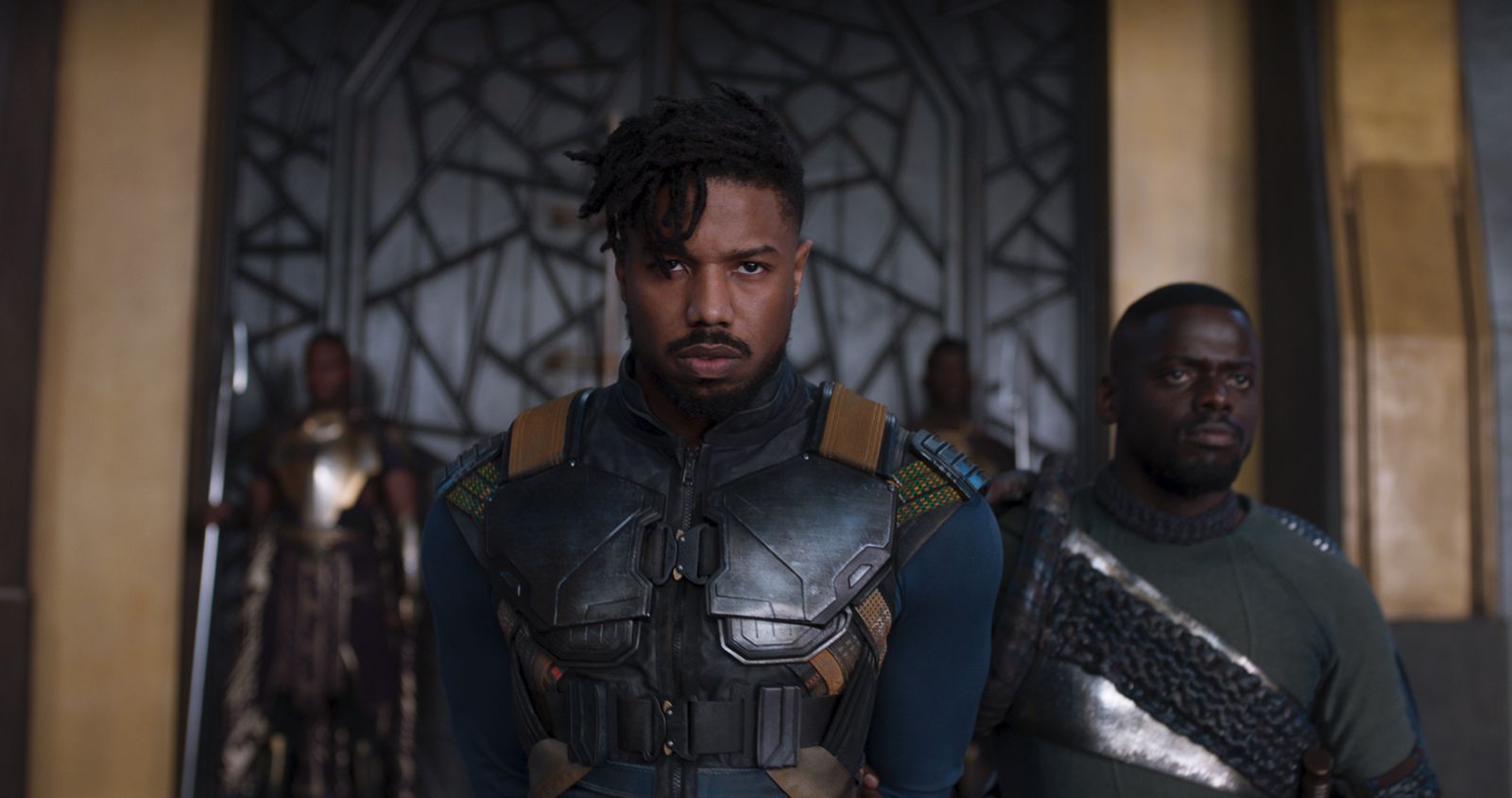 Part of what distinguishes Black Panther is its deftness, its ability to locate character struggles within in a world that feels genuinely engaged with the present moment – in a way that does not simply kowtow to “The Way We Live” back-patting – even as it weaves its own fantasies. The main locus is Wakanda, a fictional African nation that conceals its status as the most technologically advanced country in the world, thanks to its virtually unlimited supply of a versatile metal known vibranium. As the film begins, T’Challa inherits the crown from his dead father, only to encounter the heretofore unknown Killmonger (Michael B. Jordan). A Wakandan hardened by his upbringing in Oakland, California, an extensive stint in the military, and his desire for vengeance, he seeks to usurp the new ruler and use the technological advancements of the country to trigger black uprisings against white-dominated governments around the world.

Such a description is certainly more grounded than the average MCU entry, but what is most curious about Black Panther is how it upholds and subverts its comic book origins. The decision to (pre-Marvel company credit!) open with a fantastical animated retelling of the origin of Wakanda and the Black Panther, only to move immediately into a crucial scene set in 1992 Oakland – complete with a plastic crate standing in for a basketball hoop – is an early indication, as is the bold fusion of old traditions and ceremonial wear with hypermodern landscapes.

Much of the credit for this uncharacteristic level of cultural engagement must go to director and co-writer Ryan Coogler, who appears from this effort to have a knack for negotiating his own sense of artistry within franchise efforts after both this and 2015’s Creed (although his direction here on the whole feels less balletic than in that film). But the efforts of the cast, which in itself represents a remarkable collection of black talent (from Daniel Kaluuya to Forest Whitaker to Angela Bassett to Danai Gurira to even Isaach de Bankolé), lend an immense vitality to the proceedings. Boseman and especially Letitia Wright (as his technical genius of a sister) are marvelous, but Jordan, who has appeared in all of Coogler’s films to date, is utterly magnetic, infusing his ostensible villain with genuine pain and swagger that makes his already sympathetic aims (if not sympathetic methods) become even more attractive.

Black Panther‘s spirit thrums with this continual back-and-forth, this negotiation of lore (both comic-book and tribal) and reality, personal motivations and pragmatism. I don’t have the knowledge or confidence to fully go into the occasionally questionable politics of the film, but suffice it to say that the radicalism of Killmonger is never simply undercut by the film, which continually questions Wakanda’s and its own position as the most exalted form of modern black representation. What seems to matter most at this particular moment is the film’s very existence, its ability to present customs totally outside of the mainstream with nothing less than total acceptance. (What the culture does with them is another matter entirely.)