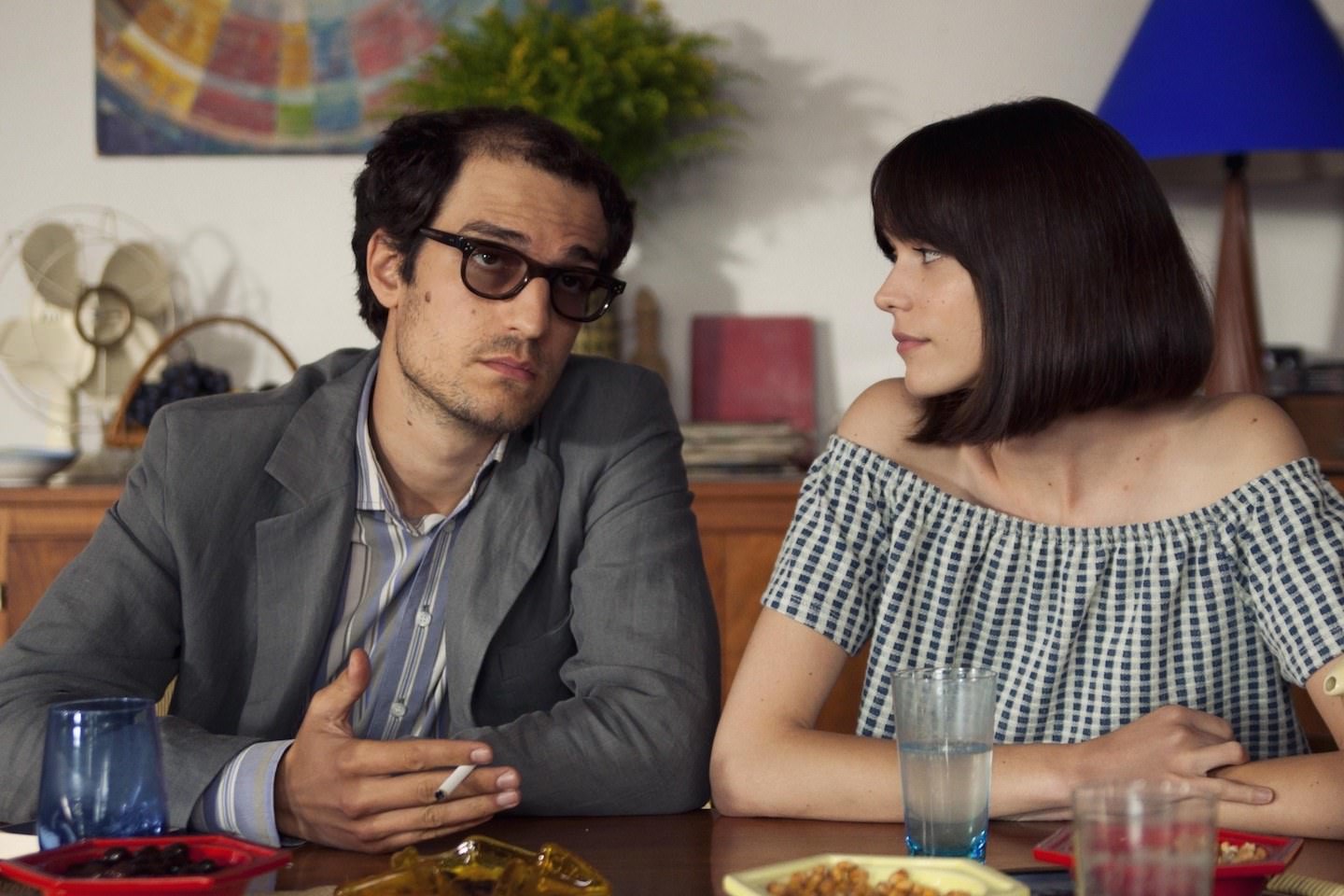 Simply put, the Jean-Luc Godard caricature presented in Le Redoutable, played by Louis Garrel in Michel Hazanavicius’s toothless broadside against not only one of cinema’s true artists, but seemingly all of film that even attempts to be intellectually responsible, never made a single film or put a word of criticism to paper. The film (retitled Godard Mon Amour for American audiences) depicts the auteur at a turning point, struggling with his radicalism and his filmmaking in the atmosphere before, during, and after May 1968, purportedly through the viewpoint of his then-wife, actress Anne Wiazemsky (Stacy Martin). But Hazanavicius can never seem to decide where he lands specifically on Godard and his legacy: the film seems to simultaneously attempt to worship at his feet and excoriate him, supposedly for his mistreatment and neglect of Wiazemsky but in actuality for his politics and turn away from “conventional” cinema.

I am by no means attempting to claim myself as a total expert on Godard (or even his ’60s period), but from seeing Le Redoutable, I can’t help but wonder if Hazanvicius himself has seen more than three Godard films, or if he has even seen La Chinoise, the Wiazemsky-starring film from which he (badly) recreates a scene. How else to explain the “experimental” techniques that feel as if they were picked out of a hat, including some devices that (if I’m not mistaken) aren’t in any of Godard’s ’60s films? Even the techniques that do feature in Godard’s work – to name just one example, the studio rendering of driving from Pierrot le fou, with the camera placed too close to register – seem half-hearted and completely lacking in any of the exuberance, thought, or rigor of the original.

So much of Le Redoutable is immensely wrong-headed at best, offensive and anti-historical at worst, but all of its flaws and follies can be summed up in an actual chapter title featured without a hint of irony or self-awareness in the film: Pierrot Le Mépris.