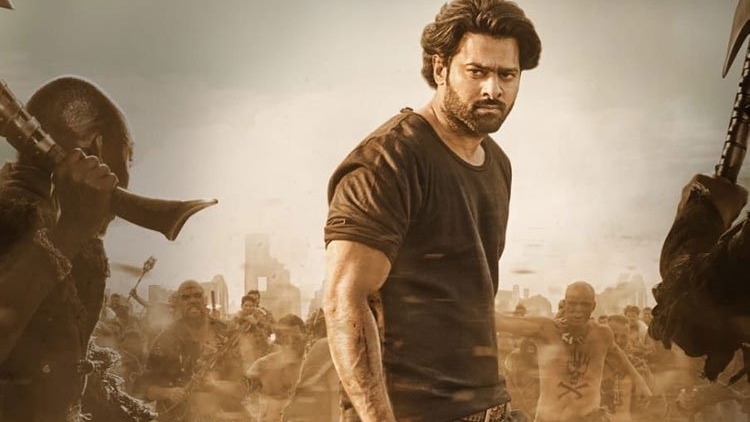 Honestly I haven’t seen this Indian action movie yet, but it sounds pretty crazy and it stars Prabhas and is his first film since Baahubali, which is reason enough to watch it. So if you want to prep for the Beacon’s upcoming presentation of both Baahubali movies, this seems like the wise way to go. That’s going to be part of their amazing series of the decade’s best action movies, and I’m sure I’ll be mentioning it again in this space. It’s kicking off this week with some recent Hollywood movies: Mad Max Fury Road and Creed. In other rep releases, the Cinerama has a Stephen King film series. They don’t have the best Stephen King movie, but they do have the second best: check out John Carpenter’s adaptation of Christine if you’ve never seen it. But maybe take the bus to get there.

Too few people know about the extraordinary woman who arguably created cinema as we know it. With La Fée aux Choux (1896), Alice Guy-Blaché became the first director in history to use film to do something that we now take for granted as the obvious job of the movies: to tell a story. (Some critics and scholars make a case for the Lumière brothers as the inventors of fiction film with the staged prank depicted in their 1895 L’Arroseur Arrosé, but this argument depends entirely on what one believes counts as a “story,” as opposed to an incident or attraction.) To note only that Guy-Blaché was “the world’s first woman director,” then, is to do her somewhat of a disservice, given her other even more remarkable achievements. (She also, for example, was the first director in history to use synchronized sound in film, decades before The Jazz Singer.) Pamela Green’s long-overdue documentary Be Natural: The Untold Story of Alice Guy-Blaché is therefore a little safe and cautious in calling Guy-Blaché only “one of” the earliest fiction filmmakers. Even so, Green’s compelling account performs an essential service in at last giving a remarkable and nearly forgotten figure from cinema history the feature-length documentary that she deserves. Be Natural (entitled after the advice Guy-Blaché always gave her actors) is wholly engrossing, and by turns surprising, illuminating, and moving.

END_OF_DOCUMENT_TOKEN_TO_BE_REPLACED

Apocalypse Now: The Final Cut at the Ark Lodge

The Ark Lodge is a cool theatre in an up-and-coming neighborhood, but it’s hard to make money showing movies these days and they could use some customers, so I’m gonna suggest that if you go see the new cut of Francis Ford Coppola’s masterpiece, you should do so in Columbia City. It’s playing at a handful of other theatres around town, but the Ark Lodge is right on the light rail line and there’s plenty of good places to eat right around there. And while you’re there, why not even head down the street and catch Safe or Bigger than Life or Poltergeist at the Beacon.

The Garden of Secrets (Nathalie Attallah) Sun Only
Ukrainian Shorts Showcase Sun Only
So, I Married an Axe Murderer (Thomas Schlamme, 1993) Sun Only
My Father Is My Mother’s Brother (Vadym Ilkov) Sun Only
The Proposal (Jill Magid) Weds & Thurs Only
The Souvenir (Joanna Hogg) Weds Only

Buñuel in the Labyrinth of the Turtles (Salvador Simó) Fri-Sun

I. Prolegomenon: “Once upon a time,” Conservatism, and the Appeal of Nostalgia

This isn’t a review. (Here’s Sean Gilman’s review on this site.) It isn’t a judgment about whether a film is good or bad at a filmmaking level. Rather, it’s an attempt at a primarily thematic analysis. It’s an effort to answer some questions I have.

I want to consider Quentin Tarantino’s Once Upon a Time in . . . Hollywood on two levels: 1) a thematic one, specifically focusing on its construction of, assumptions about, and implications about gender and race — though, as a white person, I am more uneasy about tackling this one, aware that my own complicity in whiteness will always cloud how I observe and understand race on screen — and 2) an emotional one, arguably difficult, subjective territory, but one I think I have to address, given my own overwhelming fury upon exiting the cinema after my first viewing of the film.

First, then: what is the film saying or implying about gender? About men and about women? I believe Once Upon a Time in . . . Hollywood is, in essence, a conservative film. (And I credit my friend Ben Hynes for using this adjective in reference to the film in a conversation with me and thus, as aptly chosen words often do, doing much to illuminate and organize the clutter of details in the film I’d observed.) And by “conservative” I mean two things: first, a conservative stance is one that is, inevitably, backward looking. It looks to the past as a guide for the future and understands or uses the past to measure the present, which generally fails to measure up. A conservative viewpoint on some level idolizes the past — better days, better times, the good old days. It is inherently nostalgic. Second, the film is conservative in the sense that it not only looks to the past with longing, but it is itself rooted in what I would generally consider (particularly as relative to a “liberal” or “progressive” viewpoint) outdated, regressive understandings of the world and, more fundamentally, of the way the world should be.

END_OF_DOCUMENT_TOKEN_TO_BE_REPLACED

Sound & Vision Festival at the Cinerama

It’s the nadir of blockbuster season, which I suppose means it’s time for the Cinerama to devote its laser projection to playing a bunch of popular sci-fi and action hits of the past 30 years. So if you haven’t yet seen Raiders of the Lost Ark, Boogie Nights, or Back to the Future, or classics by Tim Burton or Wes Anderson, now’s your chance. They’ve also got the new cut of Apocalypse Now, which is also playing at the Grand Illusion.
I almost picked the Northwest Film Forum’s single screening of Big Trouble in Little China in this space, but the Central Cinema is playing that most of next week, and it plays fairly regularly around here. Great movie though.
I suppose if I were a better cinephile, I should have named SIFF’s showings of Hedwig and the Angry Inch or Hyenas the Featured Film of this week, but I haven’t yet seen either of those, though I’m sure they’re great. And the Beacon too has another great week of programming: an Italian silent with a live score, an SNL movie, John Waters, Sofia Coppola, Tobe Hooper, and the original Invasion of the Body Snatchers, among other fascinating oddities. 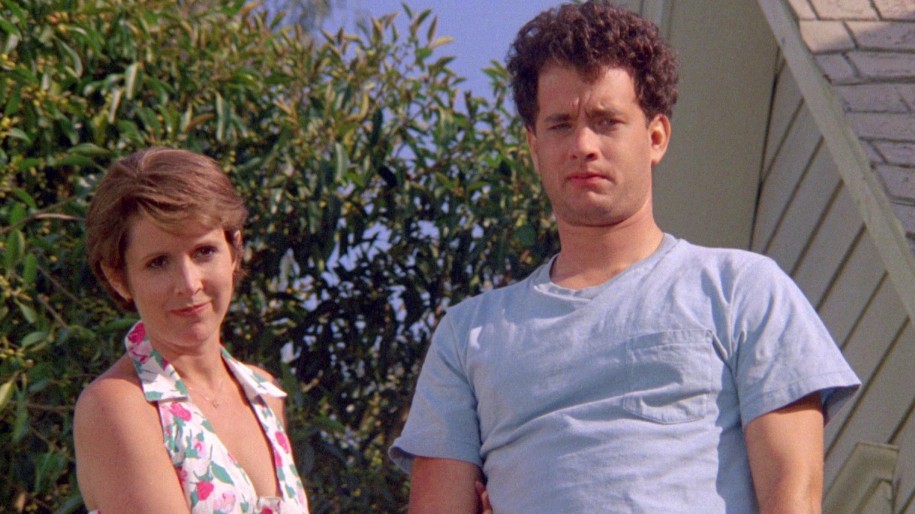 Last Year at Marienbad and The ‘Burbs at the Beacon

This week the Beacon has one of the absolute classics of international cinema, and also the new restoration of Alain Resnais’s mystery film. Joe Dante’s The ‘Burbs is playing as part of their series of Suburban Nightmares, but it works just as well as a companion to Resnais’s film: both are about men who keep failing to convince the people around them of a truth only they are privy too. It’s such a great pair, I wish we’d done a George Sanders Show on them. They’re also playing John Carpenter’s Halloween, which is probably a better than either of them. Might as well see ’em all in a triple feature this weekend. Elsewhere around town, the Northwest Film Forum has a French film about infidelity, this one starring Laetitia Casta; and the Cinerama has a Summer Trip film series, featuring many movies, some of which take place in the summer and some of which involve trips and some of which are neither summer movies nor movies with trips in them. Oh and for some reason Millennium Actress is playing at a handful of Regal Cinemas on Tuesday.

Angels are Made of Light (James Longley) Fri-Sun

Welcome to Wakaliwood at the Beacon

Sure they’ve got a killer Gena Rowlands/John Cassavetes series, and a new August program starting full of movies about the horrors of 1980s suburbia, but you won’t find anything more fun on Seattle Screens this week than the double feature of no-budget Ugandan action films playing Friday and Saturday at the Beacon. They’ve got 2010’s Who Killed Captain Alex? (which I haven’t seen yet) and 2016’s Bad Black (which I have and it’s amazing: the purest expression of the joy of making cinema that I’ve seen this decade). Don’t miss out.

The More the Merrier (George Stevens, 1942) Thurs Only