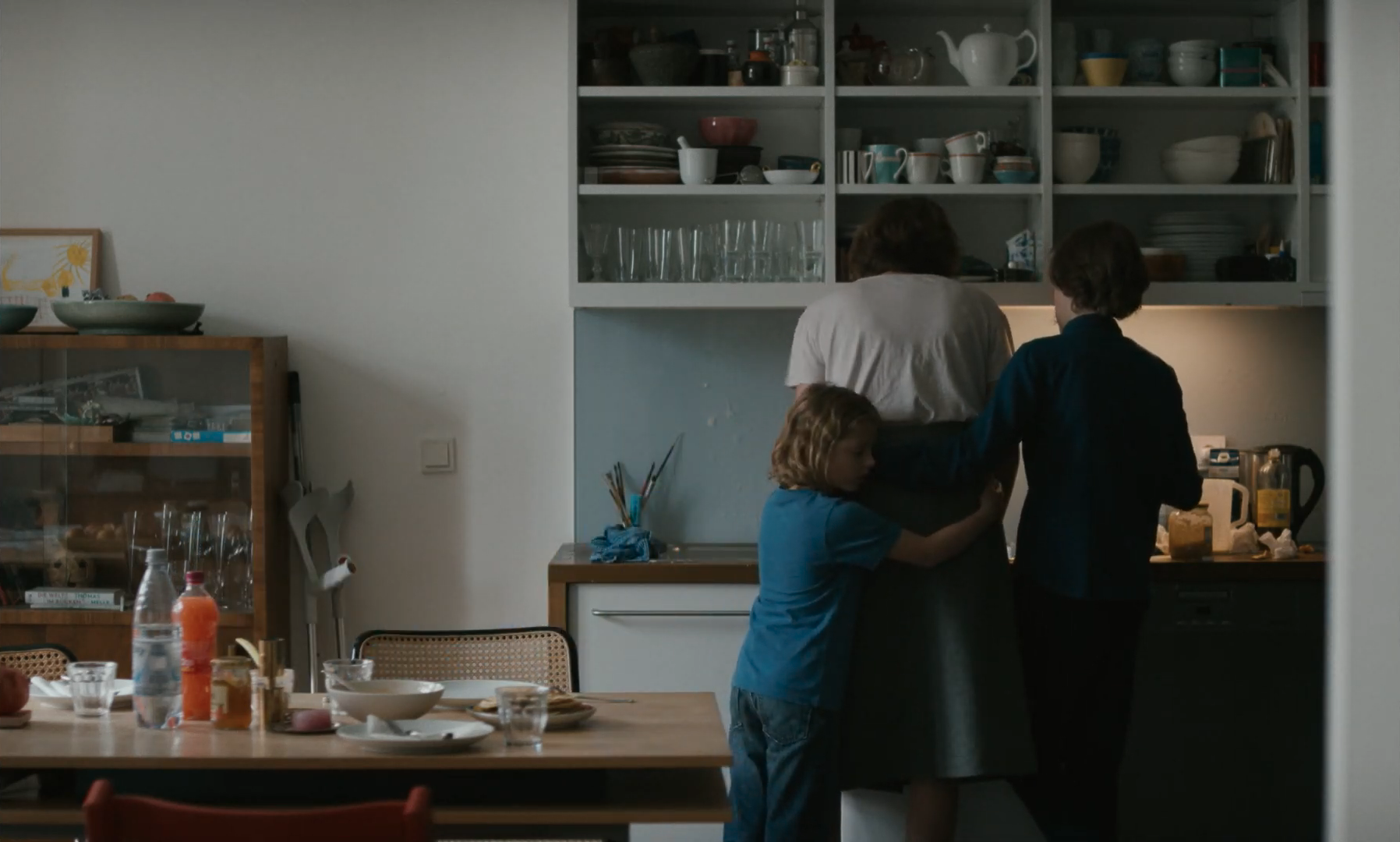 The German director Angela Schanelec has had, with the exception of Ryusuke Hamaguchi, the most circuitous path to arthouse prominence of any director in the past decade. As part of the loose collective known as the Berlin School, which has produced some of the most interesting and skilled directors working today (Maren Ade, Christian Petzold, Ulrich Köhler), Schanelec has struck her own path, pursuing a more elliptical and rigorous approach to narrative and filmmaking than her peers. Correspondingly, she has had a low profile for a director of her stature, making six features before her breakout in 2016 with The Dreamed Path, perhaps her most narratively complex and productively opaque work yet.

Her follow-up, I Was at Home, But… takes a more “conventional” and discernible approach, but in doing so accesses both the emotional and the inexplicable, taking detours and narrative strands while burrowing deep into its central character. That person is Astrid, a single mother, played by regular Schanelec actor Maren Eggert, living in Berlin; the film begins just after her teenage son has returned from running away for undisclosed reasons. In essence, the film deals more or less solely with her, her son’s, and her young daughter’s daily lives after this brief rupture, and yet all attempts at simplification are nigh pointless. For one, there are significant corollary threads: a teacher (the ascendant Franz Rogowski) at the son’s school embarking on a tentative romance with one of his colleagues; Astrid’s relationship with her lover; the ongoing, particularly uninflected rehearsal of a translation of Hamlet. Overshadowing all of this is the death of Astrid’s partner some years before, a crucial piece of narrative information that, like most else in the film, is only parceled out slowly, communicated strongest in the loveliest detour: a brief montage of dance and nature scored to an acoustic cover of David Bowie’s “Let’s Dance.” 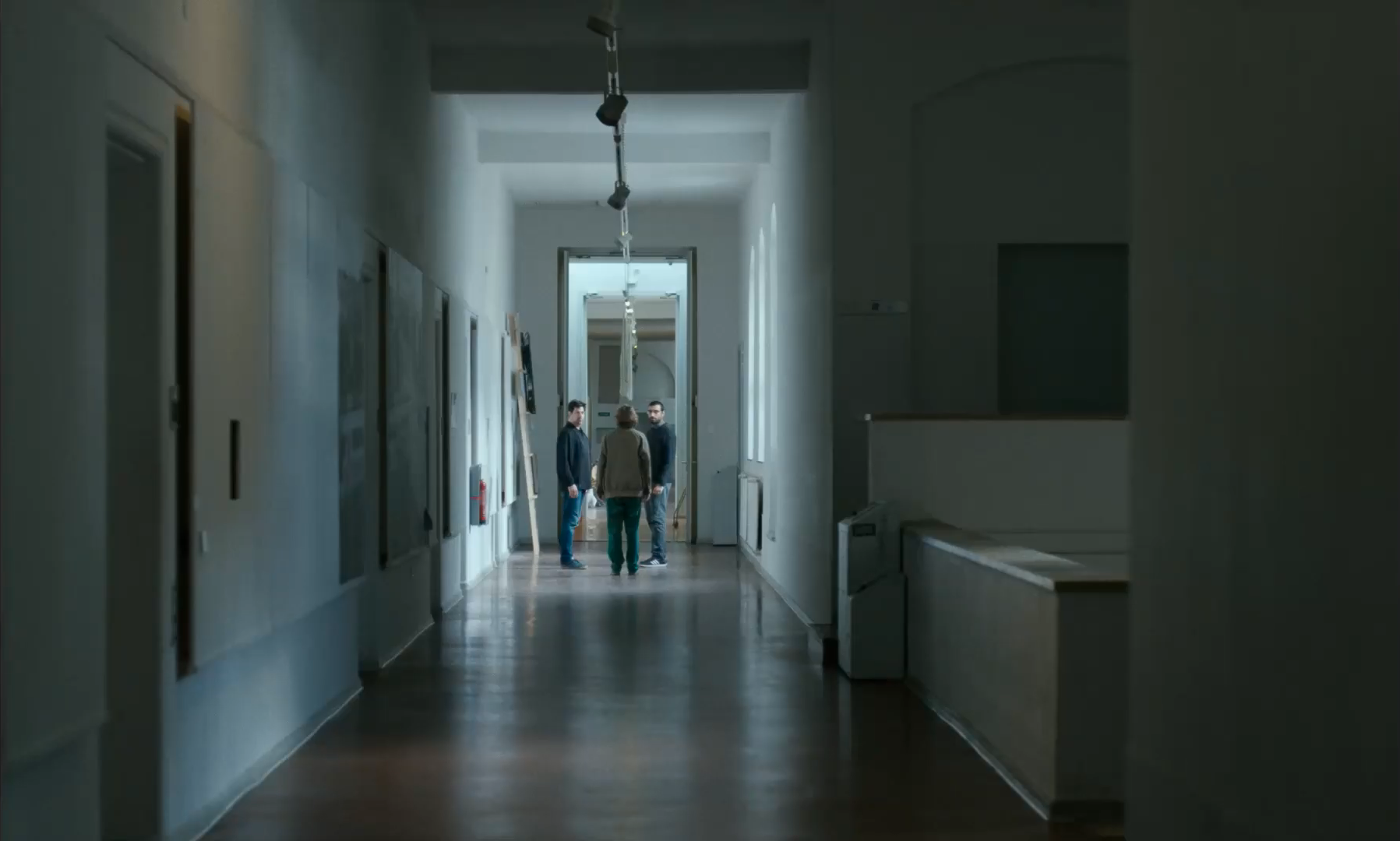 One of the most peculiar and gratifying qualities of Schanelec’s film is her ability to draw these disparate moments into an ever-shifting whole, capturing the unsettled but quietly fortified existence of these characters. It’s difficult, for instance, to exactly settle on the tone of many scenes: the petulance of Astrid as she tries to hash out the status of the bike she bought from a man who speaks via a tinny electro-larynx is both maddening and truthful, just as the acting of the schoolchildren is both stilted and affecting. This applies in the interweaving of scenes as well: there are as many “random” moments introduced and dropped as there are narrative throughlines, and the viewer is left to determine the relative import of each for themselves in the course of the film, extending to the bookends, which feature a donkey, a dog, and a rabbit in the forest.

Of course, none of these are ultimately random or tossed-off; I Was at Home, But… is too intelligent for deliberate sabotage, something evident in the visual scheme, which typically foregoes the Bressonian close-ups of The Dreamed Path for long shots and long takes, the better to capture the full range of motion that the actors possess. This is captured in the film’s signal scene, a ten-minute tracking shot that follows Astrid and a filmmaker friend of hers (played by filmmaker Dane Komljen) as she lambasts his film for featuring an actor and a real sick person alongside each other. Where Schanelec ultimately falls on this spectrum is unresolved, but one of the lines that the filmmaker feels pertinent: “When you’re working on a film with other people, then it does become important how the work affects those people. What it means to them.” Affect and meaning go hand in hand, mysterious processes that nevertheless carry a personal truth that, in the right hands, can be overwhelming.