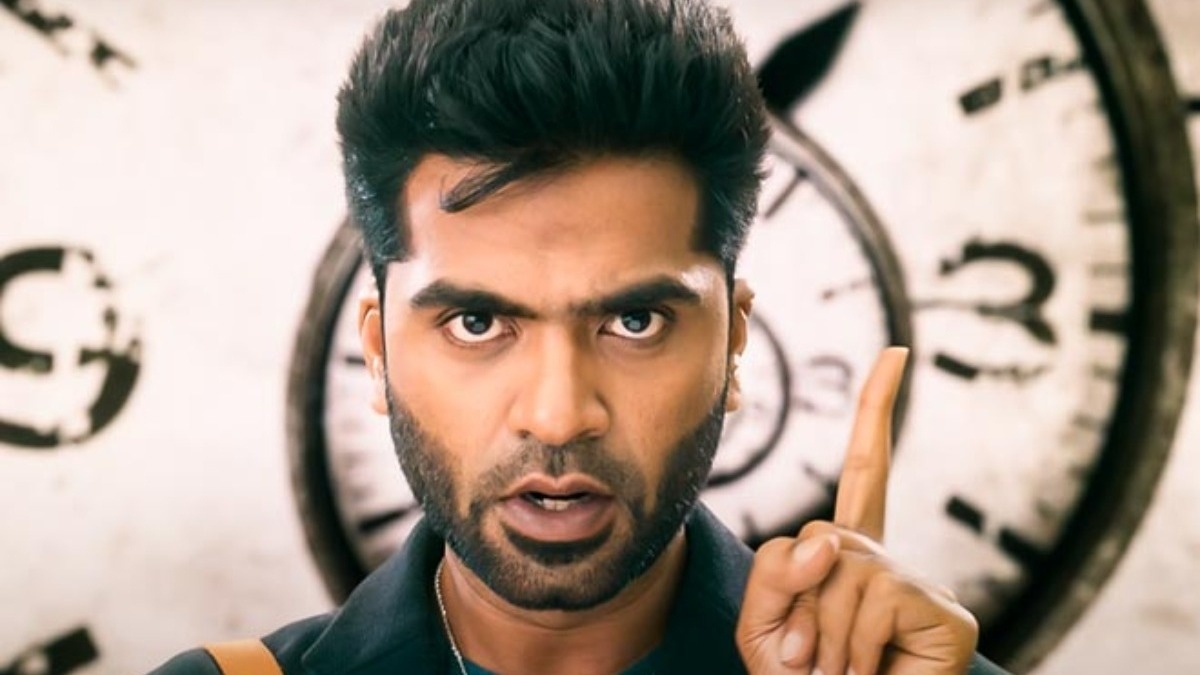 In the post-modern hellscape that is 2021 it takes a lot to distinguish a time loop movie from the films that came before it. In the three decades since the release of Groundhog Day (certainly not the first time loop tale but arguably the reference point for all subsequent films) the conceit has ballooned into a subgenre all its own, lumping video game-type action films such as Edge of Tomorrow and Source Code with comedies like last year’s Palm Springs. Thankfully, the new Tamil-language feature Maanaadu from director Venkat Prahbu is bursting with creativity, cleverly building on the time loop framework with a series of clever twists and unexpected wrinkles that breathe new life into what has become rote or cliche.

T. R. Silambarasan stars as Abdul Khaaliq, a flashy guy attending a friend’s wedding who gets kidnapped and is coerced into playing the patsy for a political assassination. He’s more of a Hitchcockian wrong man than Phil Connors clone. In the melee that follows the assassination, Abdul himself is killed. He then wakes up back on the flight he took to the wedding earlier in the day. He has no answers for the rebirth, he does not know why he was resurrected nor what he needs to do to get out of the loop. Through trial and error (i.e. dying repeatedly and gruesomely) Abdul finally discovers his purpose. The catch is that a corrupt police officer, the sinister Dhanushkodi, is onto him. Actor-writer-director S. J. Suryah plays Dhanuskodi to a maniacal hilt, replete with Snidely Whiplash mustache and ever present cigarette. He brings panache to the cat-and-mouse game. The man knows no scenery he cannot chew and the movie is better off for it. 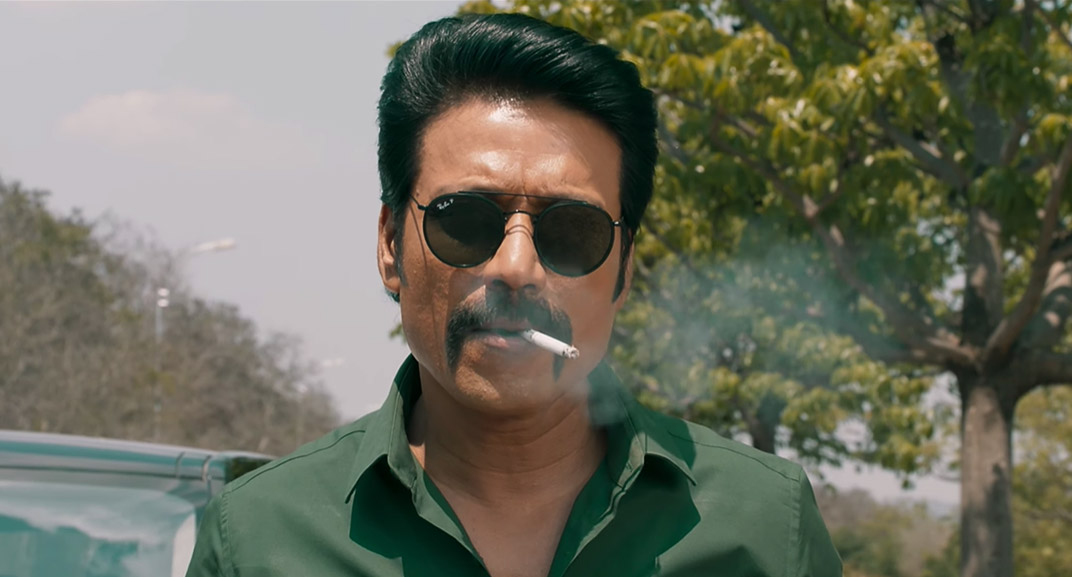 The tricky thing about time loop stories comes from avoiding the tedium inherent in repetition. (Frankly, these movies feel like a real pain in the neck to edit.) But save for a couple clunky exposition-heavy moments, the film manages to move at a consistent clip, doling out enough information to keep the narrative fresh and intelligible. It might seem reductive to explicitly acknowledge the film’s time loop forefathers to begin this review but Prahbu, who also wrote the screenplay, makes the connection explicit in the film. And for good reason. It allows the characters (as well as the viewers) a narrative shorthand to get everyone up to speed. Every little bit helps.

The film really shines in its middle third when Abdul really begins using the knowledge he gains through his replays to his advantage. The high point is an action setpiece as it plays out over multiple lives. In one life Abdul kicks the ass of a couple low level goons but is felled by an ax in the back. The film immediately incorporates that knowledge into the scene by having Abdul anticipate the ax and then counter its attack. The action here possesses a brutal force on par with the John Wick franchise.

The credits that open and close the film do not state that Maanaadu is a Venkat Prahbu “film” but instead “politics”. While the movie exists just fine as a sci-fi action romp, there is a heavier narrative thread about the corrupt machinations of the ruling political class and how easily it is for the powers-that-be to literally get away with murder. The state can keep ruining people’s lives and clinging to power because they have manipulated the masses into not paying attention to the shady men behind the curtain. It’s easier to hate your neighbor with different religious beliefs anyway, they say. The more we cycle through the time loops of our own, that cynicism can feel like the only real truth. 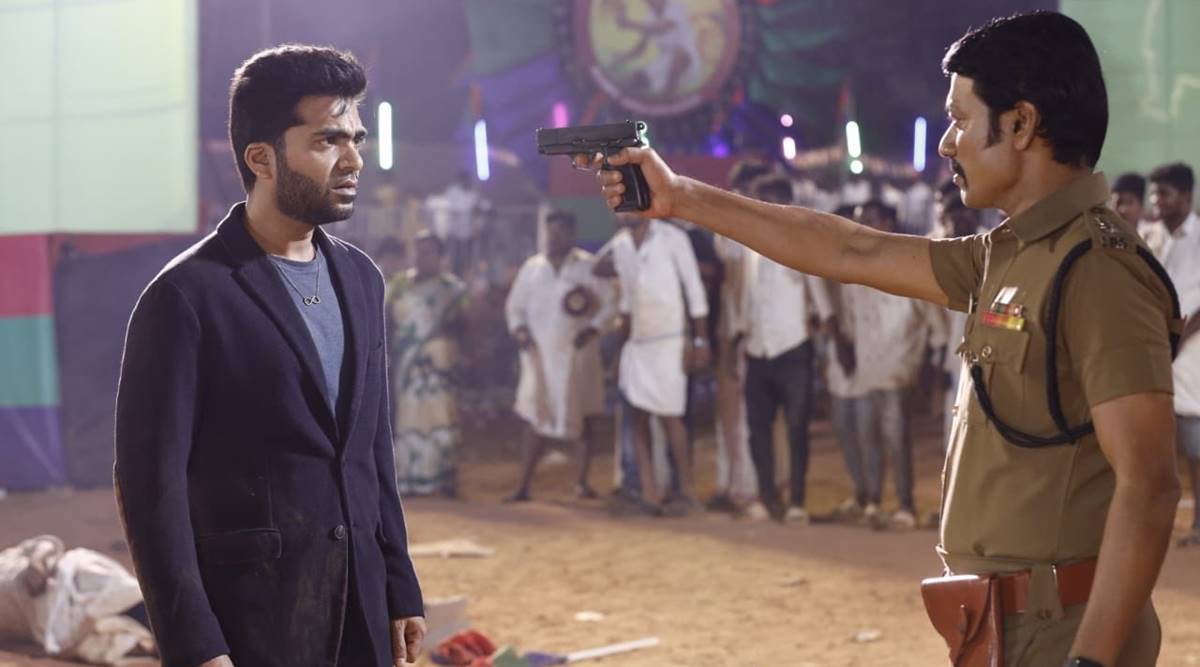