Two of the nominees for this past year’s Academy Award for Foreign Language Film see Seattle Screens for the first time this week, with the Grand Illusion showing Germany’s Beloved Sisters while the Seven Gables opens the Argentine film Wild Tales. It’s somewhat of an identity shift for the two venerable U-District theatres, because (as Charles Mudede points out on The Stranger’s blog) as one would expect to find the lushly costumed biopic of a famous poet thrilling the aged crowds of Landmark’s living room while the none-more-black revenge tale sextet would find a natural home on the GI’s genre-freaky calendar. But times change and with today’s diminished Landmark (a mere three first-run screens, down from 24 when I started working for them oh so many years ago), tough programming choices must be made. Not having seen the German film, I’m pretty sure Landmark made the right call, as Wild Tales is the kind of movie that should be a decent hit, if it can find its audience.

It’s a collection of six stories, all about revenge and violence. The passengers on an airplane discover they have a hidden connection; a waitress in a diner faced with her mortal enemy and some questionable advice; a road rage incident that would impress Stan Laurel with its comic escalation; a demolitions expert takes on the parking-enforcement system; a rich kid’s hit-and-run brings out the greed in everyone around him; and finally, the greatest wedding in movie history (a section which prominently features the song “Titanium”, making this the second-best film ever to utilize that David Guetta/Sia classic). Of these, only the fraught pacing of the hit-and-run story drags, the rest moves with the brisk efficiency of a classic two-reel comedy short. Damián Szifron directs with the kind of ostentatious flashiness that gets mistaken for style by television critics (several shots are straight out of the Breaking Bad playbook: shooting from inside an airplane’s luggage rack, strapping the camera to a transparent swinging door and so on), but never with portentousness. It’s all in keeping with the goofy, nihilistic fun of the enterprise. The film paints a bleak world: signaled by the hilarious opening credit sequence where every name is paired with a photo of a different wild animal (two animals for two names, four for four and so on; an owl for the DP, a big-eared marsupial(?) for the sound guys), with a very simple, which is not to say untrue, thematic idea: despite the sheen of civilization: fancy cars, international travel, ultra-modern high rises, etc, humans are still lunatic beasts. We are bulletproof.

Wild Tales is now playing at the Sundance Cinemas Seattle. 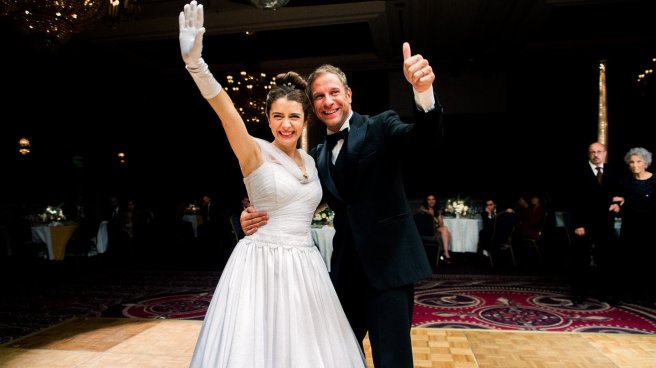