The latest edition of the Seattle International Film Festival begins Thursday, May 19 and we at Seattle Screen Scene are once again planning on some extensive coverage. We discussed the festival and some of the films we’re looking forward to on the last episode of The Frances Farmer Show, and here are some more titles to look out for over the week ahead. We’ll add links to our reviews here as we write them.

Sunset Song – Terence Davies’s adaptation of the classic Scottish novel premiered at last year’s Toronto Film Festival and has drawn comparisons to John Ford, which isn’t someone you’d normally expect to see compared to Davies, although both directors have a fondness for family, nostalgia and group sing-alongs. In an uncharacteristic burst of productivity, Davies already has another film making the festival rounds, a biopic about Emily Dickinson.

Our Little Sister – One of the highlights of last year’s Cannes Film Festival was this film by Japanese director Kore-eda Hirokazu. An adaptation of the manga Unimachi Diary it’s the story of three sisters who meet their unsuspected teenaged half-sister at their father’s funeral and decide to take her in. Expect quiet, lovely drama from the director of Still Walking.

Death By Design – SIFF launched a new series this year intended to celebrate Mainland Chinese cinema. As the premiere film in the program, they’re presenting this English language documentary about industrial waste in the Chinese tech industry by veteran PBS documentarian Sue Williams.

Love & Friendship – In what is sure to be one of the best films of the year, director Whit Stillman reunites Last Days of Disco stars Kate Beckinsale and Chloë Sevigny in this adaptation of Jane Austen’s short novel Lady Susan. It’s a film all readers of good literary criticism should love.

Long Way North – A French animated film set in late 19th Century Russia about a young aristocrat in search of her grandfather’s lost expedition to the North Pole. Presented dubbed into English.

A Scandal in Paris – Once again the archival programming is a highlight of this year’s SIFF, and it begins with this early Douglas Sirk film, with George Sanders as a criminal who reforms and rises to the top of the police force in Napoleonic France. I haven’t seen it in years, but I recall it being pretty light and fun, a different kind of Sirk than the one we know from his great Technicolor melodramas. 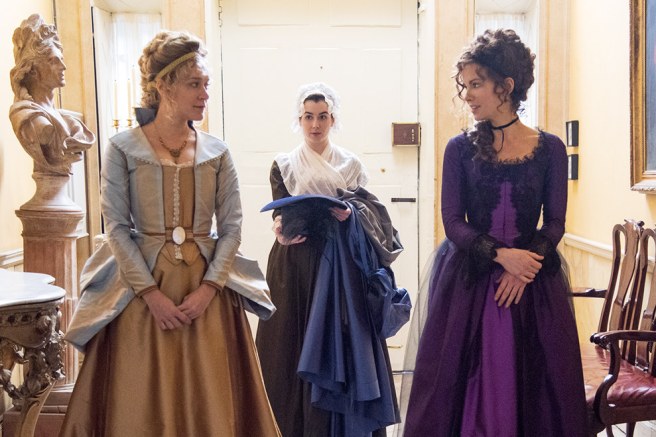 The Island Funeral – After festival stops in Tokyo and Rotterdam, Thai director Pimpaka Towira brings her latest feature her to Seattle. Three young people set out from Bangkok to the countryside in the midst of civil unrest and get lost in history, allegory, militarism and fantasy. I’d bet on this being the film I had never heard of before the festival that I end up liking the most.

Concerto – Documentarian Phil Grabsky has made a series of excellent film biopics about composers and their music (I’ve seen his films on Beethoven and Haydn, but not the Mozart one) and with this one he takes a more focused approach, following pianist Leif Ove Andsnes as he spends four years studying and performing Beethoven’s five piano concertos. Grabsky is a master at communicating what is special about classic music, its technique, its emotionality, its audaciousness, and in Andsnes he has found an engaging avatar for his explorations.

A Bride for Rip Van Winkle – Japanese director Shunji Iwai’s latest is the story of a woman who meets her husband on the internet, finds out he’s cheating on her, divorces him and finds herself newly single. At three hours long, it promises to do for the story of adult relationships in the social media age what his masterpiece All About Lily Chou-chou did for teen relationships in the days of fansite massage boards and chatrooms.

Little Men – Greg Kennear and Jennifer Ehle star in Ira Sachs’s film about the friendship between a 13 year old boy who befriends the son of the woman who lives downstairs of his late grandfather’s home in Brooklyn while their parents argue over the rent.

If There’s a Hell Below – Portland filmmaker Nathan Williams directs his first feature, a paranoid thriller about a journalist who meets a whistleblower in rural Washington.

Alone – The latest film from Park Hong-min, whose A Fish was one of the delights of the 2012 Vancouver International Film Festival. It’s about a man who is hunted down by a gang and murdered after he witnesses a crime only to wake up and be hunted down again, in what looks to be a dark and violent variation on Groundhog Day but is probably even more confoundingly clever than that sounds.

Paths of the Soul – The second film in SIFF’s Chinese Cinema series is this from Zhang Yang about a group of Tibetan pilgrims walking to Lhasa, stopping to bow after every few steps. I’m expecting a pseudo-documentary Canterbury Tales, except without the stories and probably not all that funny.