Most of the Seattle Screen Scene staff is going to be in Vancouver for the next couple of weeks, covering one of he best film festivals in North America. From acclaimed international festival hits like Toni Erdmann, Things to Come, Personal Shopper, Elle, Aquarius, and A Quiet Passion (among many others), to cutting edge Canadian films like Werewolf, Never Eat Alone and Maliglutit, anticipated American movies such as Paterson, Manchester by the Sea, Short Stay and The Love Witch, to the best program of Asian films in North America, featuring The Handmaiden, Yourself and Yours, Crosscurrent, Godspeed, By the Time it Gets Dark and more, we’ll have dozens of reviews and maybe even the long-awaited return of The Frances Farmer Show coming soon.

I Belonged to You (Zhang Yibai) Fri-Thurs 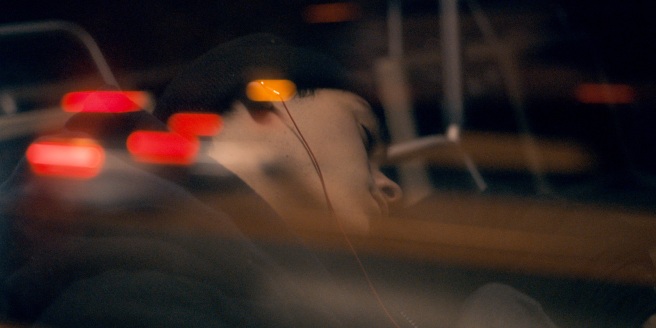 The promise of summer comes early in The Lockpicker in the form of a sailing trip, a post-diploma work opportunity that doubles, more importantly, as a dream of warmth and far-flung travels, a balm for the bleakness of winter. And Hashi could clearly use a lodestar to navigate his way through his final months of high school, which find him in an unsustainable cycle of drugs and outbursts. As conceived by director Randall Okita and played by Keigian Umi Tang, Hashi embodies a familiar vision of teenage masculinity: haunted, but sensitive, confrontational at times, but more out of hurt than genuine ill-will.

Okita’s film charts the teenage mind’s limited horizon, where just one school semester seems an uncrossable chasm between the present and the future. Admittedly, the present does look pretty dull. A slushy gray tone dominates the film and the soft textures of DP Jackson Parrell’s cinematography turn this small Canadian town into a blurred no-place. Only the crushed blacks of night provide an escape, although Hashi’s evenings morph into baroquely staged nightmares just as frequently as they take the form of drunken revelry. Okita is most at home with these party scenes; he understands how intoxicants heighten juvenile braggadocio, but also how those boasts paper over pain and vulnerability. The pain, however, proves too much for Hashi. His high school days end in violence and he’s cast out into unceasing winter, the film finally giving into the grim cliche it earlier strived to avoid. It needn’t end this way. A little more wisdom, and a little more time, might be enough to convince all involved that summer always, inevitably rolls around. 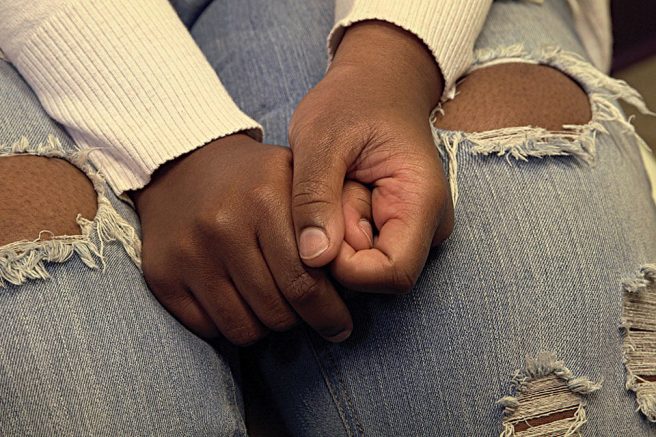 Kirsten Johnson’s Cameraperson provides an extraordinary experience for viewers—those already familiar with her body of work and those new to it alike. Johnson is a documentary cinematographer best known to most for her work on Fahrenheit 9/11 (dir. Michael Moore, 2004), Pray the Devil Back to Hell (dir. Gini Reticker, 2008), and the Oscar-winning Citizenfour (dir. Laura Poitras, 2014). Those who have seen these films will know to expect bracing, sometimes unsettling, sometimes even devastating images, but they might not be as aware of Johnson’s eye for scenes of almost unbearable beauty and joy. The images Johnson assembles in Cameraperson reveal the full range of her remarkable gifts, in all their weight and force and radiance.

END_OF_DOCUMENT_TOKEN_TO_BE_REPLACED

Hot off its premiere at the Venice Film Festival and the announcement of its being chosen as South Korea’s submission for the Foreign Language Academy Award, the latest film from director Kim Jee-woon (The Good, The Bad, The Weird, I Saw the Devil) opened this past Friday. But not in Seattle: it’s only playing at the Alderwood Mall AMC in Lynnwood and the Cinemark theatre in Federal Way, another example of the mixed-blessing that is the state of Asian film distribution in the United States. On the one hand, were this exact same film French or German, you could expect it to be picked up by one of the major art house distributors and get a nationwide roll-out, eventually playing somewhere like SIFF or a Landmark theatre. Along with that would go critical attention and a much wider audience. Instead, as Korean, Chinese, Filipino and Indian films are increasingly only released in the US in small runs targeted at diasporic and immigrant communities, with no advance publicity and little advertising to the public at large, it’s likely that if The Age of Shadows does develop an American following, it will come only once the movie is widely available to stream on the internet. But on the plus side, for those of us that happen to live near a major urban center, we get to see some of the best movies in the world in a theatrical setting, with no waiting.

END_OF_DOCUMENT_TOKEN_TO_BE_REPLACED

When I first heard about the significant buzz surrounding Cameraperson, it seemed heavily reminiscent of Sans soleil, Chris Marker’s 1983 magnum opus that I regard as the greatest film I’ve ever seen. The description, detailing how it was comprised of outtakes from various documentaries all shot by the same cameraperson, Kirsten Johnson, was intriguing, only slightly removed from the other film’s freewheeling examination of the human condition and memory using footage shot mostly in Tokyo, Guinea-Bissau, and San Francisco. But it took me more than half the runtime to realize that the film is not Sans soleil, and that it was just one of the many, many aspects that makes Cameraperson the stunning, quietly revolutionary work that it is.

END_OF_DOCUMENT_TOKEN_TO_BE_REPLACED

Cameraperson at the SIFF Uptown

Documentary cinematographer Kirsten Johnson assembled a personal yet expansive memoir out of outtakes and unused footage from the many films she’s shot over the course of her twenty year career, traveling the world from Bosnia to Liberia, Alabama to Wyoming. It was one of our favorite films at SIFF this year, and it begins its theatrical run at the Uptown this week on Wednesday night, along with a Skype Q&A with Johnson herself. We’ll have more coverage of this very fine film later in the week.

A young woman, Ansheng, is tasked by her boss with tracking down the author of an in-progress serialized web novel, as their company would like to option it for a movie adaptation. (This is a thing that happens: the best film of 2014, Fruit Chan’s The Midnight After (now streaming on Netflix) was adaptaed from an unfinished serialized web novel written by an entity known as PIZZA.) She’s given this assignment because one of the main characters is apparently based on her: it’s an account of Ansheng’s lifelong friendship with a woman named Qiyue, from their instant communion as middle-schoolers to their inevitable growing apart over twenty years. The bulk of Derek Tsang’s film is the text of this novel, which has the appearance of a flashback, but with a few key subjective elisions and time-warping montages, hints that reality is not as reliable as it appears. One of those montages is scored by the title track from Faye Wong’s Restless (Fuzao), which speaks to the film’s excellent taste within a fundamentally unoriginal framework.

END_OF_DOCUMENT_TOKEN_TO_BE_REPLACED

The Man Who Shot Liberty Valance at the Grand Cinema

John Ford’s last great Western (assuming 7 Women doesn’t count), in many ways a repudiation of the genre, trading the vast expanses of Monument Valley for the claustrophobic interiors of a frontier town. Not an epic of revenge, but a psychological investigation forms the framework of one of his greatest studies of community-building. James Stewart plays a lawyer attempting to bring law and order to a remote village, where John Wayne is the gruff man of action. The two compete for the love of Vera Miles, and oppose the chaotic menace that is Lee Marvin. A film that becomes more inexplicable the closer you get to it, I guess it might as well be Ford’s Vertigo. It plays Wednesday only at the Grand Cinema in Tacoma, with a special discussion following the evening show. 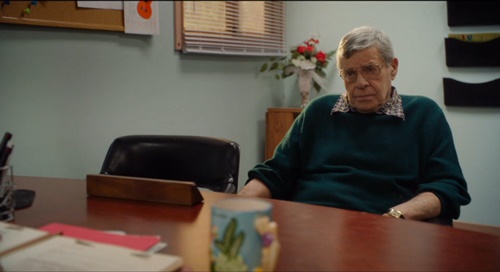 Max Rose marks Jerry Lewis’ first starring role in a film in about 20 years. It tells the story of the eponymous character, an 87-year-old former jazz pianist whose wife has recently died. While going through her belongings, he finds evidence of a possible relationship his wife had with another man.
This is the material of a somber drama, but the film never quite arrives there. This is mostly because first time director Daniel Noah’s script is rather banal and trite. The film’s insights into marriage are sketched out in a series of flashbacks of Max with his wife, Eva (Claire Bloom), which are simply clichés of what a long-term companionship consists of. There’s nothing unique at all about their interactions, or about their conception. The film also throws in Max’s relationship with his son Christopher (Kevin Pollak) and his granddaughter Annie (Kerry Bishé). The former has some sharp moments; primarily, a tense, awkward scene where Max refuses to say “I love you” to Christopher. The latter is downright maudlin and has Bishé be reduced to putting on a clown nose and trying to get Max to smile. Noah’s staging is also flat and usually cut up into a series of unnecessary reaction shots which betray a lack of visual imagination (the film’s final shot is a catastrophe). The lighting at points reminds of a bad TV movie.

END_OF_DOCUMENT_TOKEN_TO_BE_REPLACED

Kensho at the Bedfellow, the feature debut film, starring, and written and directed by, Brad Raider, opens with a bang. A literal bang. And a cat. A towering, talking puppet cat, who, when the man we will come to know as our main character, Dan (Raider), staggering, asks, “Is this a dream?”, answers, “It’s an opportunity – to know thyself.”  It seems preposterous, of course: what can an over-sized puppet with whiskers have to say about the ontological questions of the self? And on another, more meta, level, a cinema-goer, in the age of slickly immersive computer graphics and special effects, might ask, why am I sitting here looking at a stuffed animal, creakily moving its pretend mouth? Something like Falkor, the Luckdragon, from The Neverending Story, certainly has its place in a children’s movie, in fondly nostalgic memory, or in the evolution of visual effects, but now? This kind of thing in 2016 in a film for adults?

The very audaciousness and seeming ridiculousness of such an opening prepares us for the journey and tone of the film, winding as it does down unexpected paths and embracing both playfulness and seriousness. Even further, the opening gets at the heart the film’s central questions: who am I and why am I here, and how can art – which might not look like life but like only a crude, perhaps silly, representation of life – have anything to say to those fundamental questions of self?

The film explores these questions as it follows a few days in the New York City life of Dan, a one-hit wonder playwright turned Bedfellow hotel doorman, an appropriate career for a man who cannot decide where he belongs and who does not really have a home but co-opts the bed  and apartment of a long-suffering friend who gets only promises, not rent-money.   Dan’s habit of taking freely from his friends extends into other parts of his life as well: borrowing from his own body’s health, he consumes diet pills and gorges on desserts; carelessly using the women around him – a woman staying at the Bedfellow, a troubled ex-girlfriend – he takes sex and the women’s emotional investment as his right, leaving them behind when convenient. END_OF_DOCUMENT_TOKEN_TO_BE_REPLACED