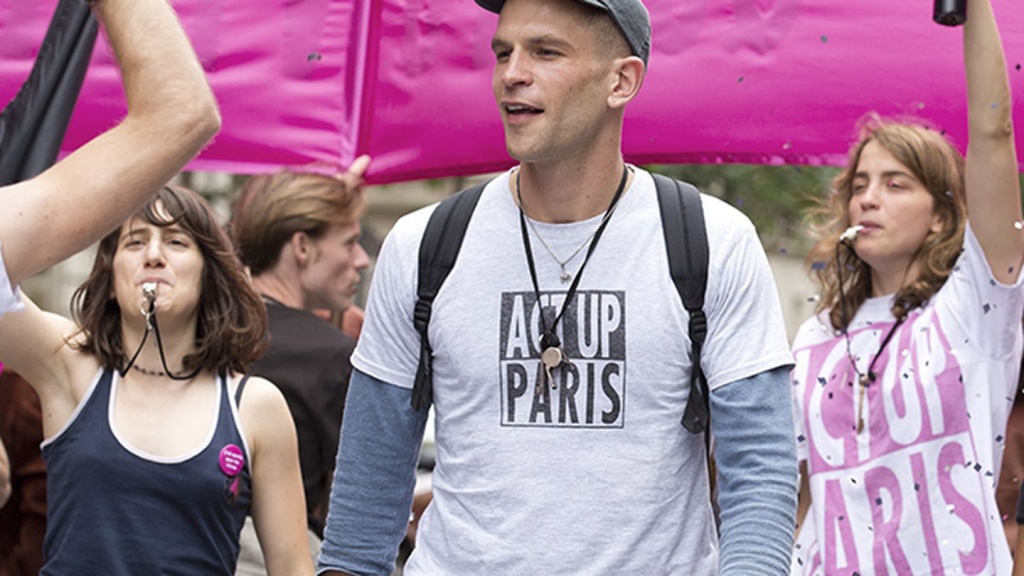 There is a key scene located someplace in the last third of the immensely moving and rousing activist drama 120 BPM (Beats Per Minute) involving that most intimate of moments: a conversation about the past. There have been many such discussions between boyfriends Sean (Nahuel Pérez Biscayart), a HIV-positive founding member of ACT UP Paris, and Nathan (Arnaud Valois), a HIV-negative new member, but this is the first to take place during one of ACT UP’s meetings. As one of the speakers talks to the group at large, the two men turn to each other and slowly, considerately discuss how Nathan has managed, at the height of the AIDS crisis in a group comprised almost exclusively of HIV-positive gay men, to stay negative. The content is moving enough, but the context, of moving from this purposefully public forum into a private space, makes it all the more vital.

120 BPM is built on breaking down this foundational dichotomy, of making public activism a deeply personal mission and vice versa. Not one member of ACT UP is less than totally committed to their mission of fighting for better treatment, prevention, and medicine for HIV-positive people, and this sense of urgency pulsates from the screen in both the overtly political scenes and the ones motivated a less obvious purpose. 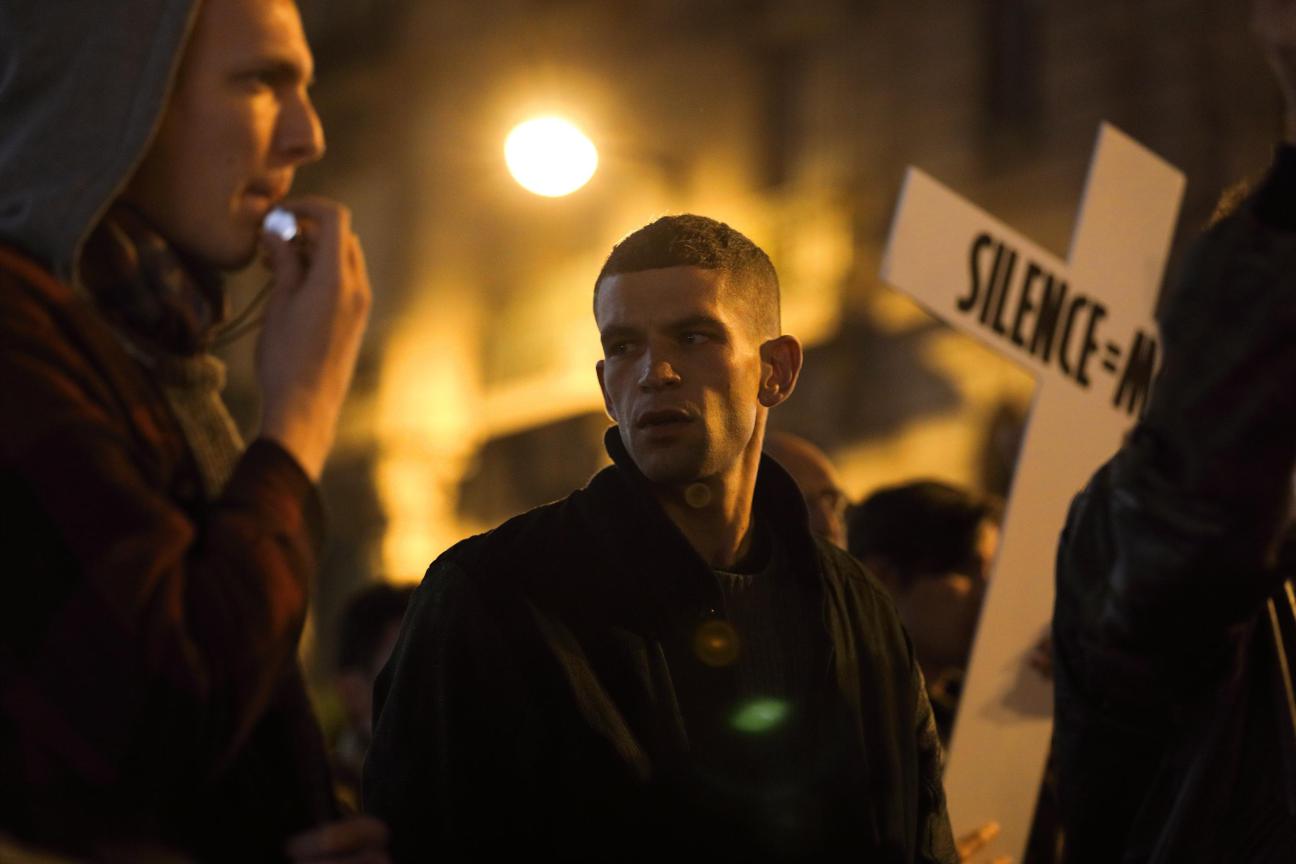 And over the two-and-a-half hour timespan, there is just enough room for both. Campillo’s methodical, steady approach – largely using intuitively choreographed handheld that feels vital rather than distracting – allows the focus of ACT UP to shine through all the more. This is the sort of film where a brief explanation on how to make a bathtub full of fake blood is neither a plot-essential element or a unnecessary distraction, but functions as a segment of the tapestry unfurling before the viewer. In a room full of many conversations, it is ultimately no more and no less important than the others.

With some noteworthy exceptions, no unsegmented ensemble film can function without one or two viewpoint characters. 120 BPM realizes this in a somewhat unusual fashion: the group dynamics of the first two thirds slowly transition to a profoundly personal drama, detailing the slow deterioration of Sean’s health due to AIDS as Nathan can only look on and care for his lover in the smallest of ways. This shift in focus, corresponding with evermore fractious relations within the group, feels not at all a betrayal of the ideals espoused earlier in the movie, but rather an extension of them: if one cannot care for his own lover, what good can he do for an entire nation of sufferers?

At the same time, the nexus of remarkable people – gay, lesbian, bi, trans, deaf, HIV-positive, HIV-negative, white, black – never truly exits the scene, something only highlighted by the immensely moving, vibrant denouement. In it, the ideals of activism and play are united, as flashing dance floor and defiance of dispassionate corporations meld together in beautiful harmony. 120 BPM builds and lingers, with nary a strand out of place, and does so with gentle, colorful finesse.