The Grand Illusion celebrates one of the most singular Americans of the 20th Century this week: journalist, author, soldier, and movie director Samuel Fuller. Along with a week-long run of a documentary about Fuller directed by his daughter Samantha, they’re also presenting 16mm prints of two of his very best films, Shock Corridor and The Naked Kiss. Our Preview.

This week, the Cinerama is playing what they’ve dubbed their “First Mixed Martial Arts Festival”, a collection of movies, Hong Kong and Japan mostly, in which kicking, punching and/or swordplay is prominently featured. Playing two or three different movies per day, mostly DCP but with some 35mm, its an eclectic mix of masterpieces, curiosities and what amounts to an almost-complete Bruce Lee retrospective.

I don’t think I’ve ever been as mixed about a film series as I am about this mixed martial arts series. On the one hand, and probably most importantly, there are a bunch of great movies playing here, included some films that haven’t played in Seattle since the heyday of Landmark’s Hong Kong repertory run in the mid-1990s. The chance to see Bruce Lee, Jackie Chan, Toshiro Mifune, Stephen Chow and Jet Li in that gorgeous Cinerama environment is not to be dismissed lightly. Even under less than ideal conditions, like digital projections of DCPs and Blu-Rays, seeing these films is a treat. But there appears to be no rhyme or reason to the way this festival was put together, with many of the best films showing at the most inconvenient times, no clear threadlike connecting the films from different countries or eras and a lot of sub-standard source material for a repertory festival.

END_OF_DOCUMENT_TOKEN_TO_BE_REPLACED 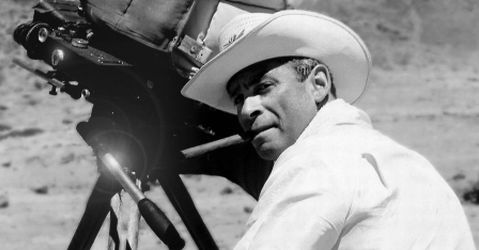 Playing at the Grand Illusion this week is Samantha Fuller’s 2013 documentary about her father, A Fuller Life. Aside from a short introduction explaining the concept, her movie consists entirely of excerpts from Fuller’s memoir, as read by a variety of his friends, co-workers and fans (generally shot in the kind of propulsive close-ups so recognizable from Fuller’s films). The images we see are a combination of archival footage, clips from Fuller’s movies and never-before-seen 16mm home movies shot by Sam over the decades. It’s a loving account of a remarkable American, one of the unique and definitive personalities of the 20th Century. Beginning his professional life as a newspaper boy in 1920s Manhattan, he quickly worked his way up to teenaged crime reporter. During the Depression he set out across the country, making his living as a freelance journalist and pulp novelist, chronicling the darkest corners of a turbulent decade (an anecdote he relates about a KKK woman is especially vivid). At the end of the 30s, he settled down in Hollywood, making a living as a screenwriter for hire.