Playing at the Grand Illusion this week is Samantha Fuller’s 2013 documentary about her father, A Fuller Life. Aside from a short introduction explaining the concept, her movie consists entirely of excerpts from Fuller’s memoir, as read by a variety of his friends, co-workers and fans (generally shot in the kind of propulsive close-ups so recognizable from Fuller’s films). The images we see are a combination of archival footage, clips from Fuller’s movies and never-before-seen 16mm home movies shot by Sam over the decades. It’s a loving account of a remarkable American, one of the unique and definitive personalities of the 20th Century. Beginning his professional life as a newspaper boy in 1920s Manhattan, he quickly worked his way up to teenaged crime reporter. During the Depression he set out across the country, making his living as a freelance journalist and pulp novelist, chronicling the darkest corners of a turbulent decade (an anecdote he relates about a KKK woman is especially vivid). At the end of the 30s, he settled down in Hollywood, making a living as a screenwriter for hire.

After Pearl Harbor, he volunteered for the Army and, via a series of accidents, found himself in the infantry, where he will trace the whole history of American involvement in the European Theater, from North Africa through Italy to D-Day and the concentration camp at Falkenau. Inescapably scarred by his war experiences (he repeatedly refers to nightmares, an inability to sleep that seemingly plagued him the rest of his long life), he returned to Hollywood after the war and shortly thereafter began directing his own movies, films unique in the studio era for the pungent emotionality and hardness of dialogue and spirit barely containing a deeply empathic humanism. Invariably independent, choosing always to work with low-budgets, B and C level stars in disreputable genres and for (aside from a fruitful collaboration with Darryl Zanuck at Fox) unreliable studios, Fuller carved out a unique niche in the last years of the studio system, with a run of films from 1949-1964 that rank with the greatest works of the American cinema, including masterpieces like The Steel Helmet, Run of the Arrow and Pickup on South Street. 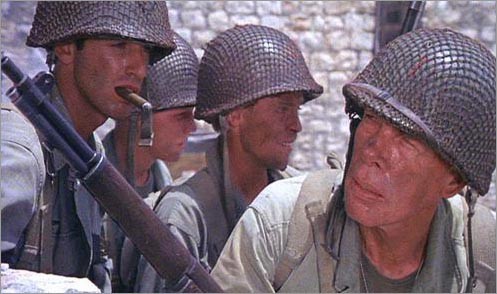 As the studio system collapsed and its B units were replaced by television, Fuller drifted from project to project for the next few decades, while picking up bit-part work in films by a new generation of directors he helped inspire, including Jean-Luc Godard (Pierrot le fou), Dennis Hopper (The Last Movie) and Wim Wenders (in several films). In 1980 he directed possibly the greatest of all World War II films, based on his own experiences, The Big Red One. That was followed by White Dog, a stridently antiracist film that somehow, before it was even released, was perceived as racist and shelved by a petrified Paramount Pictures. The deep hurt and incomprehension felt by Fuller at this great film’s treatment is palpable as he recounts the debacle.

All this, as told in Fuller’s own words, with his own images (commercial and private) makes for a moving and highly entertaining tribute to a father by a daughter. The celebrity readers are for the most part, excellent, the highlight being an anecdote about Marlene Dietrich read by Wim Wenders, a reunion of four of the cast of The Big Red One (including Mark Hamill) reading excerpts from that section of the book, and readings by filmmakers who’ve attempted to carry on Fuller’s spirit: William Friedkin, Monte Hellman, Buck Henry, James Toback and Joe Dante. The most lovely of Samantha’s contributions is a nifty dissolve from one of the most striking images in Fuller’s career, a shot from the riotous opening of The Naked Kiss, a close-up of star Constance Towers, to Towers’s face in the present as she reads Fuller’s words. A true family affair, the film is co-produced by Samuel’s widow Christa Lang and the jaunty score is by his nephew Paul Alexander Fuller. 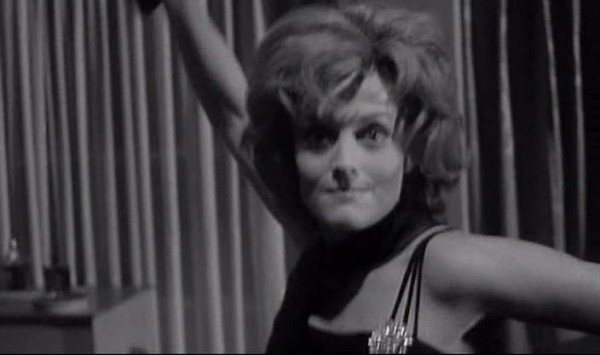 Playing along with A Fuller Life are 16mm prints of two of Fuller’s finest films, 1963’s Shock Corridor, about a journalist who fakes insanity to get a scoop from inside an asylum and finds himself driven mad by the institution, and 1964’s The Naked Kiss, about a prostitute who escapes her awful life to a picture-perfect American suburb only to find deeper horrors underlying that idealized world.