The Seattle International Film Festival rolls along into its second week and here are some titles to look out for. We’ll link to our reviews of the titles listed here as we write them, as we’ve been doing with our Week One Preview. We looked ahead to the festival in general on The Frances Farmer Show, and we’ll have another episode coming up early next week on SIFF at its halfway point.

While the Women are Sleeping – The latest from veteran director Wayne Wang stars Takeshi Kitano as a creepy guy who befriends a young novelist who is suffering from writer’s block while on vacation with his wife.

Women He’s Undressed – Australian director Gillian Armstrong’s documentary about Australian costume designer Orry-Kelly, who worked on everything from Casablanca to Some Like it Hot. With talking heads and reenactments and lots of gossip.

The Seasons in Quincy – Four short films about British artist/critic/farmer John Berger, one of which is directed by Tilda Swinton, which is enough to get me to go see it.

Angry Indian Goddesses – Pan Nalin’s movie about a bachelorette party gone wrong looks to be a lively and fascinating refutation of Bollywood cliché.

My Beloved Bodyguard – Being released under the more generic title “The Bodyguard” here win the US, this is Sammo Hung’s first directorial effort in almost 20 years. He plays a retired bodyguard suffering from dementia who gets back in the game to protect a young girl. With a host of guest appearances from the stars of last Golden Age of Hong Kong filmmaking: Andy Lau, Yuen Biao, Yuen Qiu, Tsui Hark, Dean Shek, Karl Maka and more.

Tag – One of approximately 30 films hyperactive Japanese director Sion Sono made in 2015, this one is about the lone survivor of a girls’ school bus accident and the nightmarish fantasy world she finds herself lost in.

Heaven Can Wait – Gene Tierney stars in Ernst Lubitsch’s 1943 film about a man (Don Ameche) trying to convince the Devil (Laird Cregar) that he really doesn’t deserve to go to heaven because of his lifetime of amorous misdeeds. Of course, none of us deserve Gene Tierney. Not related to the 1978 Warren Beatty film of the same title, which was based on the 1941 film Here Comes Mr. Jordan. 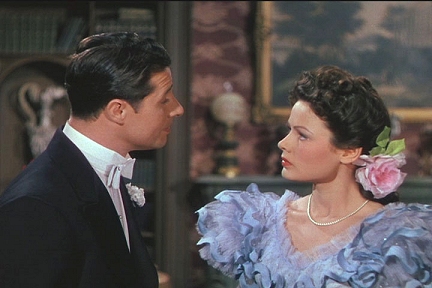 The Final Master – Xu Haofeng, who wrote Wong Kar-wai’s The Grandmaster, directs his own script about a Wing Chun master hoping to open a dojo in Tianjin in the mid-1930s. The action, focusing unusually on knives rather than swords or fists, won Bets Choreography at the Golden Horse Awards.

In a Valley of Violence – Retro-exploitation filmmaker Ti West moves out of the horror genre and into the Western with this film as Ethan Hawke and his dog face off against John Travolta in a remote town.

Lo and Behold, Reveries of a Connected World – Werner Herzog made a documentary about the internet.

Tiny: The Life of Erin Blackwell – A follow-up to the landmark documentary Streetwise, about Seattle street kids, revisits one of its more interesting characters 30 years after the original film.

The Music of Strangers – A documentary about famous cellist Yo-Yo Ma and his Silk Road Ensemble, which merges Western and Eastern classical music in a popular package. There should be lots of music, heartfelt personal histories and many images of the great Asian steppes. Possibly even there will be horse-archers.

The Big Road – A 1935 Chinese silent film from director Sun Yu about workers constructing a road for the army. With a live score performed by Donald Sosin.

Murmur of the Hearts – One of the highlights of last year’s Vancouver Film Festival was this magical, mesmerizing family drama from director Sylvia Chang. The great Isabella Leong stars as a young woman who has lost her brother and is, like him, haunted by memories of their parents. Weaving together past and present, fantasy and reality, it’s perhaps Chang’s loveliest film.

Cameraperson – A film memoir by documentary cinematographer Kirsten Johnson, assembled out of her work on films like Fahrenheit 9/11 and Citizenfour, it’s already being hailed as one of the best films of the year.