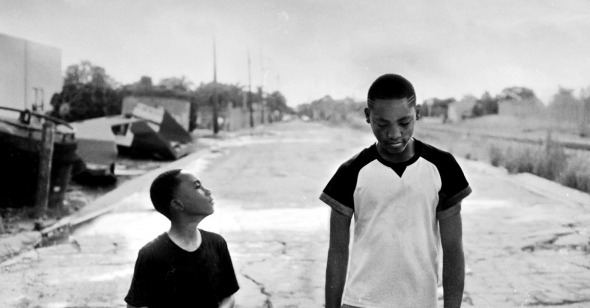 The opening gesture of What You Gonna Do When the World’s on Fire? consists of a move from the outward to the inward. A hard cut yields the first shot in the film, following an adolescent Mardi Gras Indian as he bounds down a suburban street, brandishing a sword and chanting along to a pounding drum beat. This restless image gives way to enclosure, as two young brothers cautiously make their way through a flickering haunted house, with the younger sibling clearly more frightened than the elder. This lateral move, from a figure who never reemerges to two of the film’s main characters, typifies the structural schema of this remarkable film: relations between scenes and characters are fluid and inexact, operating more on contrast and rhythm than thematic heft, and yet yielding tantalizing, often moving associations.

The director of What You Gonna Do When the World’s on Fire? (a title derived from a traditional spiritual), the Italian-born, Houston-based Roberto Minervini, began in fiction filmmaking before moving to documentary, or at least a slippery hybrid that mines both the approximate formal and narratological approach of standard documentary and the performativity that comes with any human being placed in front of a camera. His two previous works in this vein, 2013’s Stop the Pounding Heart and his 2015 breakthrough The Other Side, both followed white outsiders; the former featuring religious goat farmers in Texas, the latter following amphetamine addicts and, in one of the most disquieting and prescient sequences of filmmaking of the decade, far-right nationalists in Louisiana. 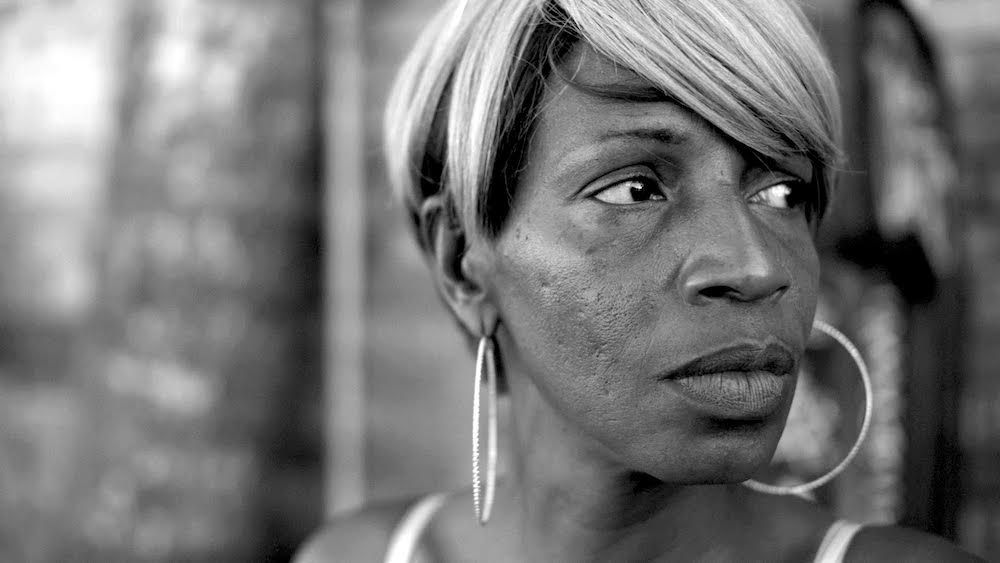 With What You Gonna Do…, Minervini shifts focus within the Bayou State to a different group of outsiders. Hewing exclusively to the black communities in Baton Rouge and its outskirts, he focuses mostly on three separate threads: a bar owner, Judy; the two brothers from the opening, Ronaldo and Titus; and the members of the New Black Panther Party for Self Defense. The film’s style is stripped of almost all adornment: no intertitles, chyrons, or dividing chapters; no clear delineation of dates — though the film begins and closes with the Mardi Gras Indians, who are otherwise not seen, and the New Black Panther Party’s protest surrounds the one-year anniversary of Alton Sterling’s murder by the police; and no direct interviews or voiceovers.

The approach, then, is almost akin to a hyperrealized — perhaps overly so — version of verite, shot entirely in black-and-white handheld and frequently in extended close-ups. Minervini, who is also one of the camera operators, observes from mere inches away as Judy commiserates with her friends about the ingrained nature of institutional discrimination as a modern form of slavery, or as the New Black Panther Party protests outside of the Baton Rouge City Hall, or as Ronaldo and Titus bike freely down the city streets. His aim here isn’t necessarily one of total sociopolitical equivalency — his sincere belief and support of the radicalism suggested and stated by his adult figures seems apparent — but the coherency and cohesion of this particular experience is paramount.

In the modern landscape, when racial oppression in America and elsewhere is very nearly as severe as it has ever been, What You Gonna Do… understands that the small moments of day-to-day living are just as vital as the outward protests. (Whiteness is the structuring absence in some ways: no white people are visible on screen until the New Black Panther Party’s final scene, in which multiple members are arrested at a protest by taser-wielding police officers.) The vitality that his fluid camera and editing afford these people only enhances their quiet but defiant resistance, achieving a sweeping quality because of, not in spite of, their individuality.

One thought on “What You Gonna Do When the World’s on Fire? (2018, Roberto Minervini)”