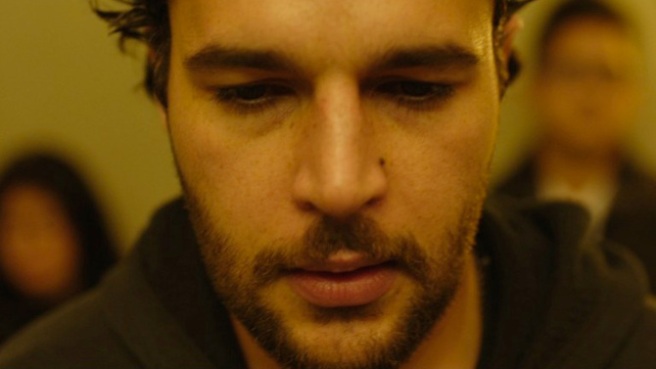 Beautifully unpretentious. The debut feature of indie producer Josh Mond, James White, is surprising in its coming from the New York independent scene because of its tender sincerity. Dishonesty is alien to this director; perhaps the film is more moving than it is interesting, but what of it? Clearly a very personal work, this is an attempt at self-catharsis, a successful attempt to try to express (and really document) emotions that one has difficulty understanding. Shot in a mere 18 days, the movie’s tight and controlled structure almost seems to betray its modesty. This isn’t a criticism: the movie never overreaches its fiscal limitations and is rather designed around it. And perhaps because of its remarkable self-control, the film seems far more ambitious than it actually is. The movie is so fixed in its purpose and it never misses a beat. It’s like James Gray distilled. 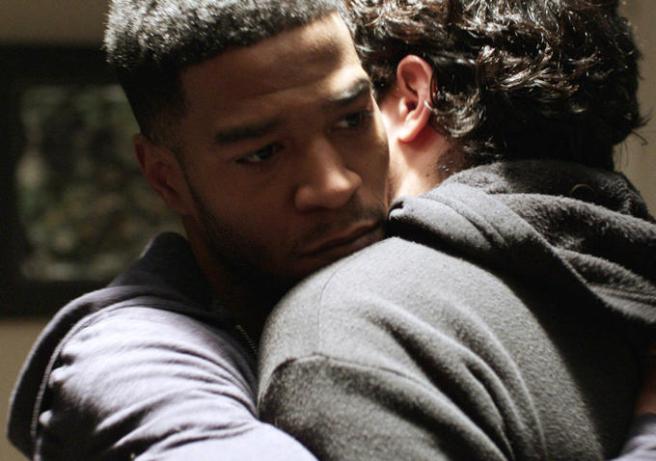 This talk of modesty betrays, for me, its unexpected formal sophistication. I walked into the movie admittedly a little bit suspect (at the Q&A following the film, Mond said “I don’t trust people easily.” Neither do I) and was expecting to see yet another ironic New York film filled with glib, self-satisfying dialogue. One might be able to tell that I was proven wrong; the film opens with a glorious cascade of light and movement. But what really impressed me was the gradual tonal shifts in the narrative and its mirroring within formal elements. The explosive colors, the club scene, the remarkably blocked fight in the bar are as hedonistic as James is. But as death of a loved one approaches, its the remarkable performance by Christopher Abbott as James which drives the film. The work itself slows down, camera positions become fixed, frames seem more akin to Renaissance fresco than the impressionistic swirls of color of earlier. And Mond’s intelligence is apparent even when working with the limited depth-of-field of digital close-ups. Nothing “fashionable” here, these blown out, out of focus backgrounds are are reserved for precise moments of intensity, when James/Abbott is lost in mad narcissism or drowning in despair. But because we never once leave James’s perspective, the movie equally goes on that forever-long quest for emotional sobriety. 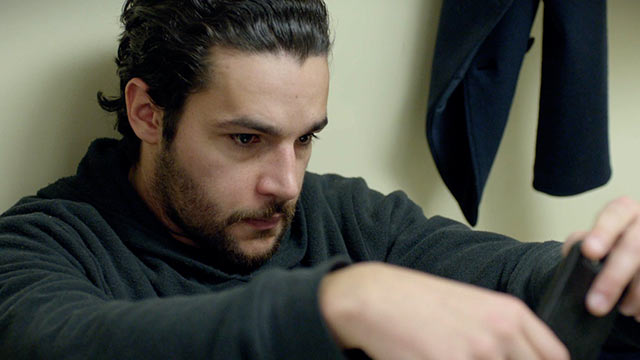 Its linkage between narrative event and formal mirroring make clear that this is a very classical film. It relies on its performances quite heavily, and perhaps the movie might not be as engaging as it is without them. That’s no matter: the film we have here is filled with exceptional performances, the aforementioned Abbott, a wonderfully restrained turn from Kid Cudi, and an impressively nuanced performance from Makenzie Leigh playing James’s underage girlfriend. But Cynthia Nixon is truly remarkable, calling to mind Vanessa Redgrave in the debut film of the aforementioned Gray (Little Odessa). She’s all too human in the role of James’s mother, reminding us how fragile we all are nearly every time she is on screen. But this is not an “actor’s” film by any means, or at least little seems improvised: there always seems connection between the camera and the actor. Little feels more heartbreaking than the moment of James waving his fingers above his mother’s eyes, a moment which feels at once the most intuitive action one could do within the situation, and the only gesture possible in such a moment. Mond’s honesty in the portrayal of James is admirable: he is maddingley narcissistic at times, other times displaying an almost monk-like devotion to his mother. The director stated following the screening: “Nobody is fully selfish, and nobody is fully selfless.”

As stated before, there is nothing pretentious here. Almost primal: it’s unbearably human at times. It’s not perfect; perhaps Mond doesn’t dwell enough on the social milieu. But then Mond doesn’t need too, (though there is a relatable moment where James cannot get a job because of his emotional state) because the primary interests are humans in crisis, and and those emotions documented. How well it succeeds in these humble ambitions is astonishing for a first feature and displays Mond’s considerable acumen in taking advantage of limitations. Not a tinge of moralism nor a touch of sentimentality: faith in the viewer is at its maximum.