As all the theatres in town continue to be closed for the foreseeable future, a couple have taken to the internet. Both the Northwest Film Forum and the Grand Illusion are hosting online screenings of films they had been planning to play before the quarantine hit. The NWFF has Bacurau and Vitalina Varela along with some Local Sightings selections and more, while the Grand Illusion has Wild Goose Lake and Saint Frances. Check ’em out and help support the theatres we love.

In other news, I don’t know if Seattle Screen Scene will be returning in its old form once the quarantine ends. When we started five years ago, it was significantly harder to find information or listings about specialty releases (art house, repertory, and Chinese/Korean/Indian movies) in the city than it is now. In that sense, the weekly listings on the site have become obsolete. We’ll still keep the site going, if nothing else for its list of links to all the theatres in town. And we’ll still have the occasional review and festival coverage (SIFF has been cancelled this year but we still have hopes for VIFF). But as a regular source of coverage of what’s playing in the area every week, the site has been slowing down for a long time and it’s time to pull the plug.

On a more positive note, here’s this scene from Om Shanti Om (which played at the Beacon a couple weeks ago). 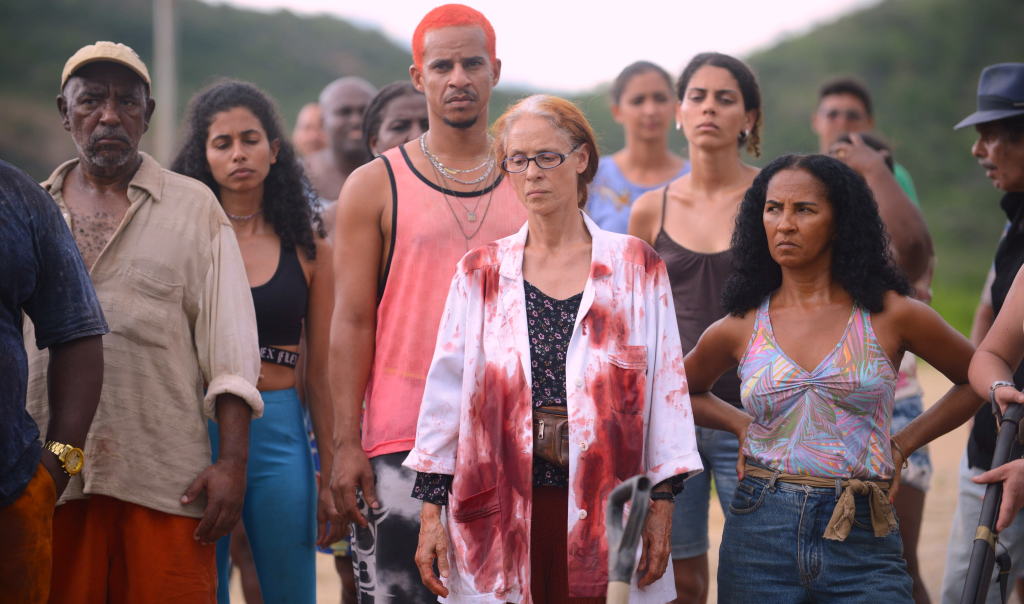 Things are changing fast around Seattle as theatres decide whether or not to remain open, or remain partially open, or just close altogether. The Grand Illusion is closed until April beginning on Friday, as are the Seattle Art Museum’s film programs, but more are sure to follow if (when) things get worse. We encourage you to support your local theatres by buying gift cards if you’re able to. Independent movie theatres operate on a slim margin to begin with, so this pandemic could mean serious trouble. We have a lot of great independent theatres here (the Grand Illusion, The Northwest Film Forum, The Beacon, The Ark Lodge, etc) and it would be a disaster for the community were we to lose any of them.

Edit: And now (Friday afternoon) SIFF has announced that all three of its theatres (the Egyptian, the Uptown and the SIFF Film Center) are closed as well and will remain so for the foreseeable future. And the Grand Cinema will be closed but for a handful of special shows for at least the next two weeks.
On Saturday the Northwest Film Forum announced that they too were closing. The various chains and other theatres are all upping their theatre cleaning procedures and most are reducing to 50% capacity to help with social distancing.
And now (Monday) the Beacon, the Ark Lodge, the Central Cinema, all Faraway Entertainment Theatres (The Admiral, the Varsity, etc) and all Regal Cinemas are closed as well.
As of Tuesday morning, AMC, Landmark, and Cinemark have closed as well. So that’s it. There will be no Seattle Screen Scene for the foreseeable future. 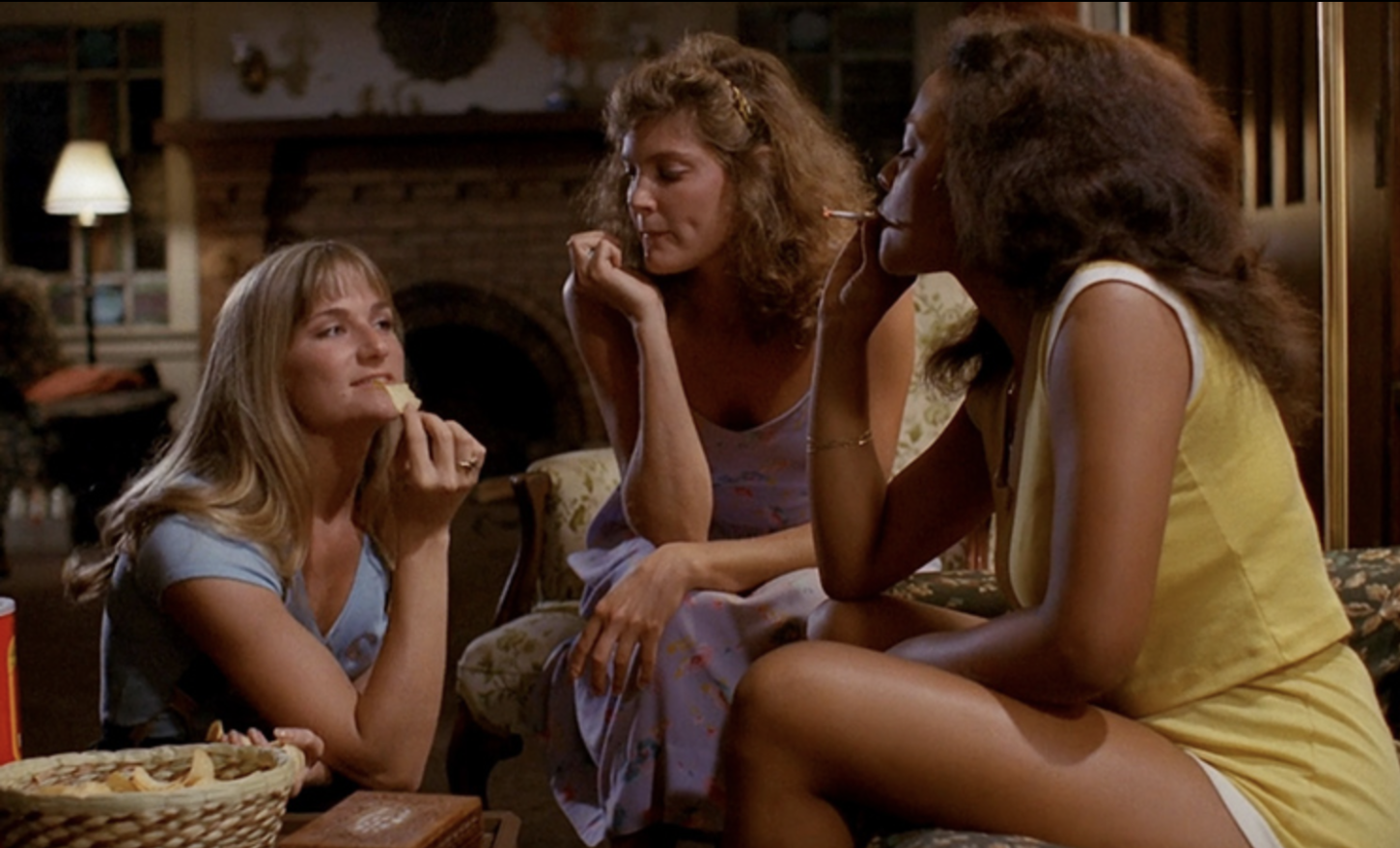 I’m not someone who grew up on horror movies; I’m an 80s kid who basically missed the entire slasher film era when it was happening. So for the last couple of Halloweens I’ve been trying to catch up with the classics I didn’t see when I was young. This past year my favorite was Amy Holden Jones’s Slumber Party Massacre, at once a exceptionally well-made suspense thriller and engrossing hang out film, a pointed feminist critique of and tribute to the slasher genre. The Beacon is playing it this Friday night as part of their excellent Haunted Light horror film series. And next week they’ve got another of the ones I watched last Halloween, Sleepaway Camp, a bold, and arguably quite offensive, film that’s surely one of the strangest and most unsettling movies of the 1980s.

Children’s Film Festival 2020 Fri-Sun  Full Program
Flamenco Syndrome (Bijoyini Chatterjee) Sun Only
The Hidden People of the Shadowy Rocks (Róska & Manrico Povolettino, 1982) Sun Only
I Was at Home, But. . . (Angela Schanelec) Weds, Thurs & Next Sat & Sun Only Our Review
The Howling (Joe Dante, 1981) Thurs Only

Pedro Costa’s latest is another in his story of the Fontainhas, the Lisbon neighborhood of Cape Verdean immigrants, following In Vanda’s Room, Ossos, Colossal Youth and Horse Money. It’s about a woman who is finally able to fly to Lisbon to see her husband, but arrives shortly after his funeral. I haven’t seen it yet, but Evan caught it at the Toronto Film Festival last year at wrote about it at The Georgia Straight. He was mixed on the film, but noted that Costa’s “images are as striking as any in contemporary cinema; they are incredible things to witness on a movie screen”.

Once Were Brothers: Robbie Robertson and The Band (Daniel Roher) Fri-Thurs 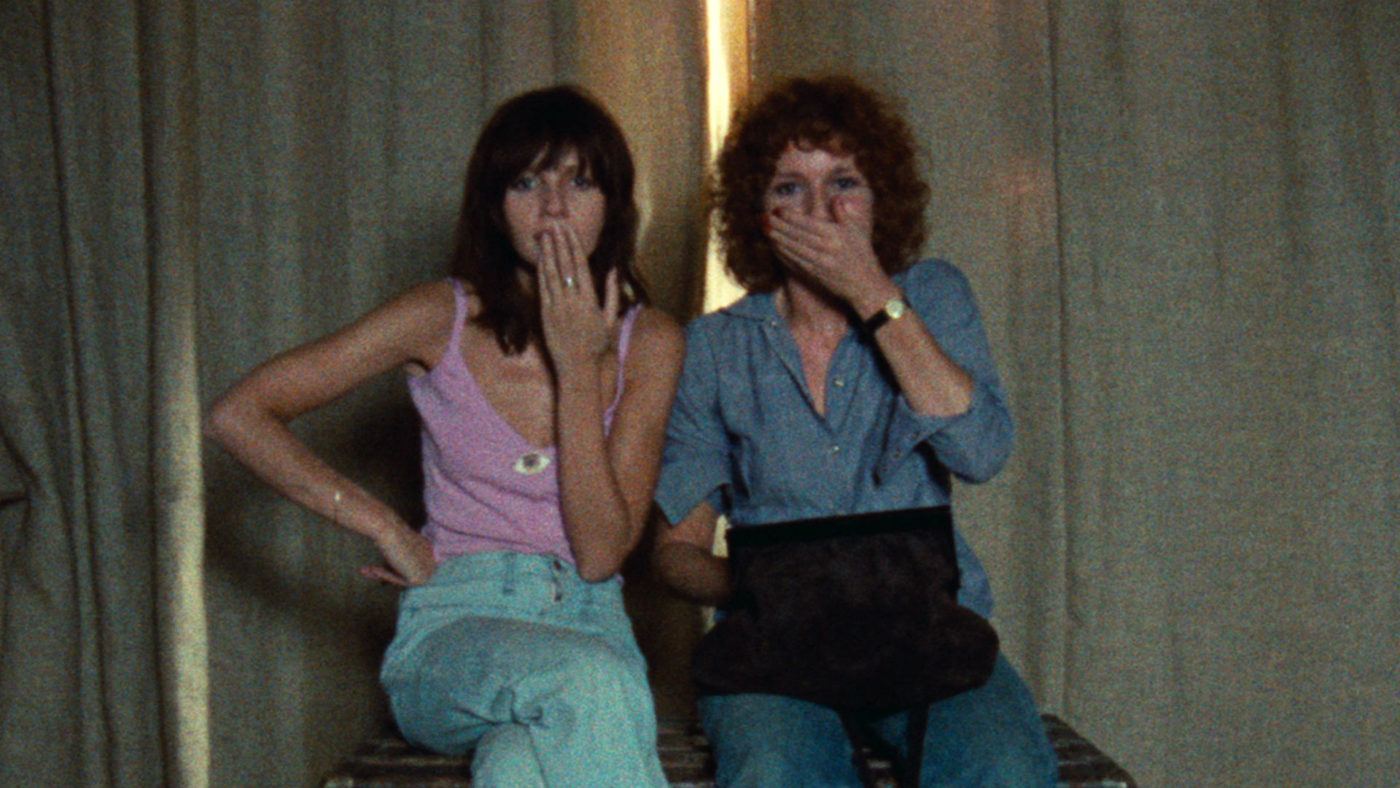 Celine and Julie and Susan at the Beacon Cinema

The Beacon this week has Jacques Rivette’s masterpiece Celine and Julie Go Boating, about two French women who meet and become friends and with the help of a magic candy become witnesses to, and ultimately deconstructors of, a Henry James-ish melodrama. They’ve paired it with a film it inspired, Susan Seidelman’s classic Desperately Seeking Susan, along with another 80s film that has a similar screwball energy, Jonathan Demme’s Something Wild. But if a more classic screwball is your thing, check out the SIFF Film Center on Saturday, where our pal Kathy Fennessy is dissecting Howard Hawks’s His Girl Friday. Or if you want a wholly different Celine entirely, the Egyptian and the Lincoln Square have the long-awaited release of Céline Sciamma’s Portrait of a Lady on Fire.

Portrait of a Lady on Fire (Céline Sciamma) Fri-Thurs

The Assistant (Kitty Green) Fri-Thurs
Night of the Living Dead (George Romero, 1968) Sat Only
Daughters of the Dust (Julie Dash, 1991) Tues Only

Noir City at the SIFF Egyptian

Always a major highlight of the movie year is Eddie Muller’s Noir City Festival, the 2020 version of which plays all this week at the Egyptian. The theme this time is international noir, and Muller has brought with him a wide swath of films from around the world, none of which I’ve seen. Sunday’s all-Japanese program in particular looks amazing, with Suzuki Seijun’s Branded to Kill (starring the late Joe Shishido) along with A Colt is My Passport, Pale Flower and Rusty Knife. Elsewhere around town, the Beacon has a Seattle repertory rarity in that they’re playing Indian movies. Two of them: Mani Kaul’s 1973 Duvidha and Farah Khan’s Om Shanti Om, from 2007. Both look amazing. But if new Indian cinema is what you’re looking for, the Lincoln Square has Imtiaz Ali’s latest, Love Aaj Kal. It’s apparently neither a sequel to nor a remake of his 2009 film, also called Love Aaj Kal, but it does star the daughter of one of the stars of the first film. The 2009 version is pretty good, odds are this one will be too.

Four Adventures of Reinette and Mirabelle (Eric Rohmer, 1987) Thurs Only 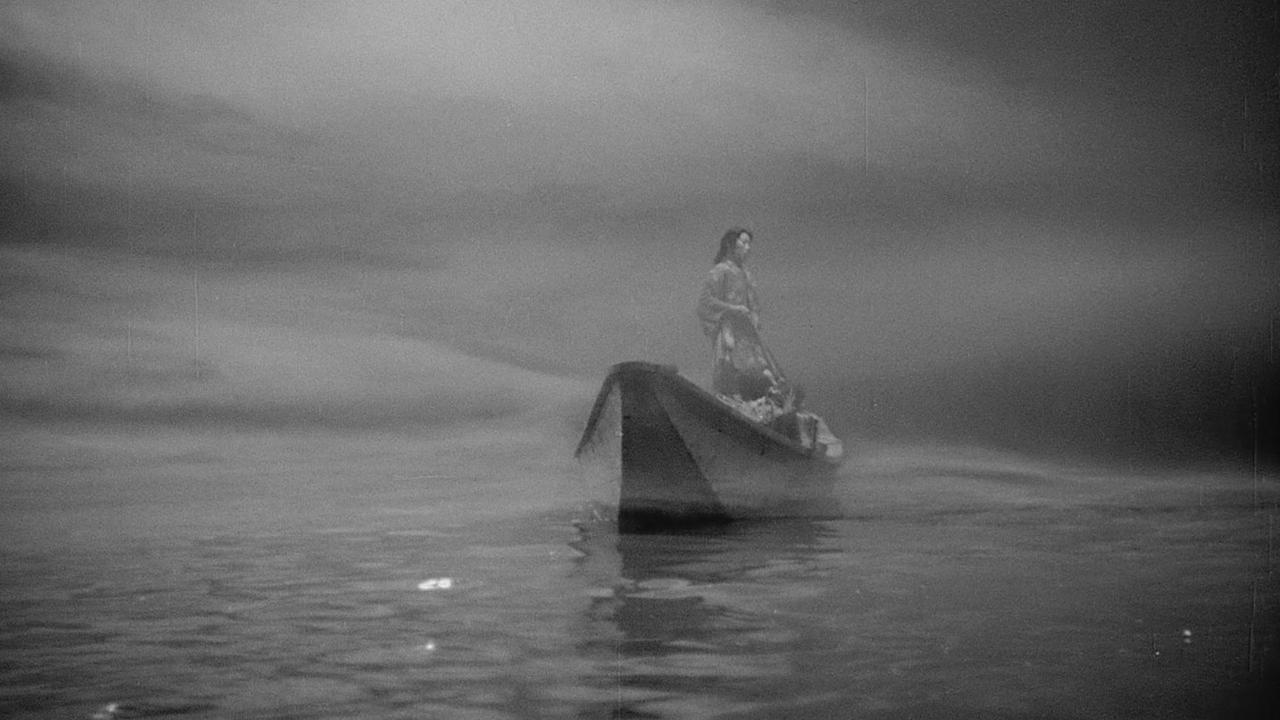 Ugetsu at the Beacon Cinema

Bertrand Bonello’s latest, Zombi Child, playing this weekend only at the SIFF Film Center, probably should get the spotlight this week, but I haven’t seen it yet. Bonello’s always an interesting filmmaker though and I’ve heard some good buzz on it I think. Instead, I’ve gotta stick with the Beacon and their presentation of one of my all-time favorite movies, Mizoguchi Kenji’s Ugetsu. A ghost story about two men who go off in search of war and riches and the miserable wives they leave behind, it weaves Mizoguchi’s favorite theme (the plight of women throughout history) with eerie and gorgeous images and brilliant performances from iconic actors like Kyō Machiko and Mori Masayuki (who starred together a few years earlier in Kurosawa Akira’s Rashomon), along with Tanaka Kinuyo. Yes I’m going to start writing Japanese names in the correct order and yes it sounds extremely strange to my ears, long accustomed as they are to reversing them into the Western order.

Atlantics at the Beacon Cinema

Mati Diop’s debut feature is something that really should be seen on the big screen (its cinematographer, Claire Mathon, also shot Portrait of a Lady on Fire, but her work here is better), and fortunately the Beacon has got it all this week. A little bit Claire Denis (who directed Diop in 35 Shots of Rum) and a little bit Pedro Costa circa Casa de lava, Atlantics is the kind of atmospheric anti-capitalist ghost romance we all need every once in awhile. This week the Beacon’s also got an acclaimed Jean Epstein silent which I haven’t seen but probably should (Coeur fidèle) a crazy fantasy wuxia (Holy Flame of the Martial World) and one of Martin Scorsese’s finest films (After Hours).

Love in the Afternoon (Eric Rohmer, 1972) Thurs Only

Chinese Portraits and Ghosts at the Beacon

This weekend is Lunar New Year, but because of the coronavirus outbreak in China, two of the week’s biggest releases were cancelled at the last minute. We hope to see detective Chinatown 3 and Dante Lam’s The Rescue sometime soon, but in the meantime, the Beacon has got us covered for our Lunar New Year needs. Saturday night, they’re playing Ching Siu-tung and Tsui Hark’s seminal 1987 fantasy wuxia A Chinese Ghost Story, with Leslie Cheung and Joey Wong. It’s a story from Strange Tales from a Chinese Studio, done in the style of Evil Dead 2. And Friday through Sunday, they have the local premiere of Wang Xiaoshuai’s fascinating experimental documentary Chinese Portrait. Also at the Beacon this week, our friends at the Suspense is Killing Us podcast are presenting Brian de Palma’s Blow Out Tuesday night. 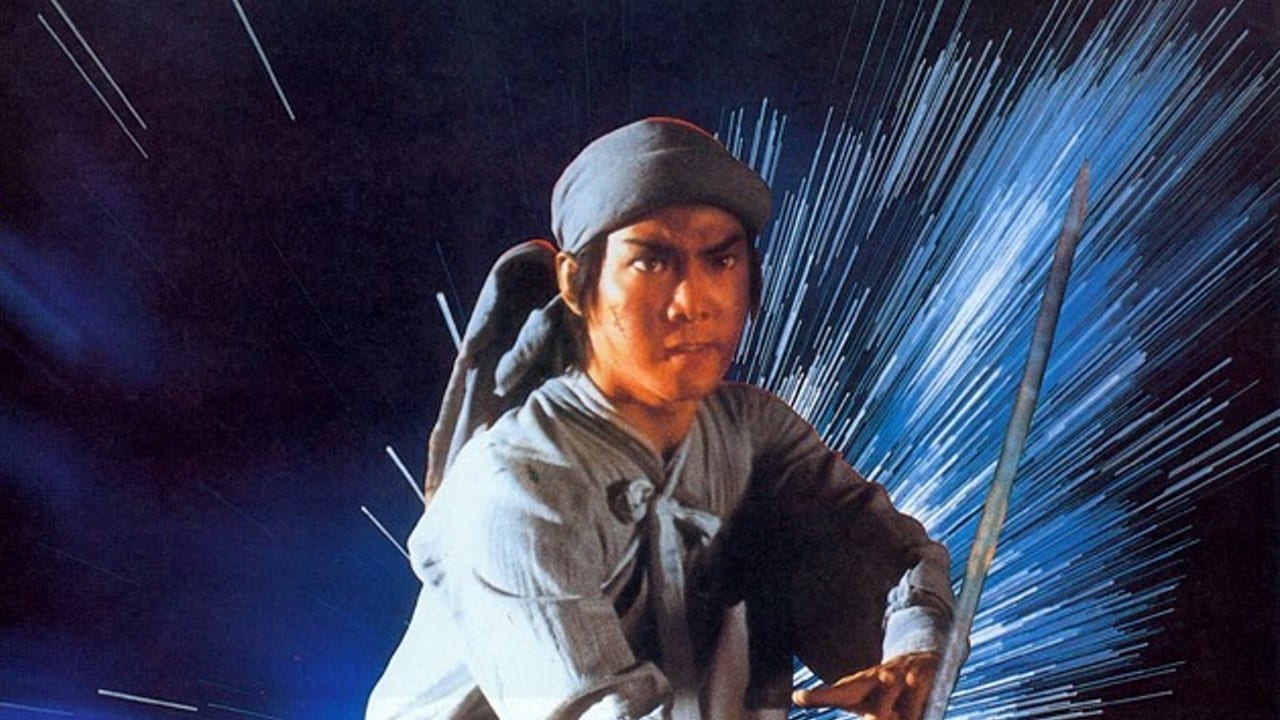 Zu: Warriors from the Magic Mountain at the Beacon

The early evening showing of Death Race 2000 on Saturday is sold out, so unless you’ve already got a ticket, you’re not going to be able to make yourself a killer double feature of it and Tsui Hark’s fantasy wuxia masterpiece. If you are going to Death Race though, you owe it to yourself to stick around for the late show, because movies don’t get any wilder than Zu: Warriors from the Magic Mountain, which is about Yuen Biao being a human in a war between color-coded armies (he fights Sammo Hung, as usual) who gets lost in the middle of a war between the gods and somehow might end up saving everyone. It’s part of a Beacon miniseries on 80s fantasy wuxia, with Tsui and Ching Siu-tung’s A Chinese Ghost Story (another indisputable classic) to follow next week and Holy Flame of the Martial World the week after that. Elsewhere around town, Makoto Shinkai’s Weathering with You is a worthy follow-up to his excellent Your Name. and the Rohmer series continues at SAM with Claire’s Knee. Also at the Beacon: many versions of Alec Guiness get killed in Kind Hearts and Coronets.

Color Out of Space (Richard Stanley) Weds Only

March of the Penguins (Luc Jacquet, 2005) Sat Only Free Screening
The Princess Bride (Rob Reiner, 1987) Sat Only
The Kingmaker (Lauren Greenfield) Tues Only
Color Out of Space (Richard Stanley) Weds Only

Weathering with You (Makoto Shinkai) Fri-Thurs Subtitled or Dubbed, Check Listings
An American in Paris (Vincente Minnelli, 1951) Sun & Weds Only
Color Out of Space (Richard Stanley) Weds Only