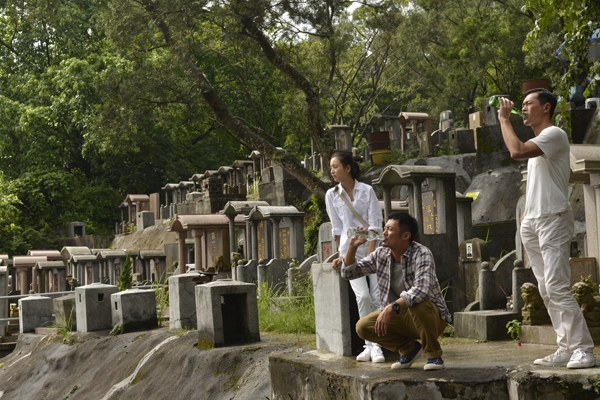 After more than a decade of semi-retirement, legendary director Ringo Lam returns to the big screen with a thriller that hearkens back to the golden age of the Hong Kong crime film. Lam made his mark in the late 80s and early 90s with a series of action films, gritty, ultra-violent and grounded in a darkly pessimistic view of human nature and Hong Kong’s future, movies where everything seemed to be, as many of their titles indicate, ‘on fire’. Rejecting the aspiration toward transcendence of John Woo, or the narrative and thematic ambition of Tsui Hark, Lam’s films best captured the nihilistic urge for chaos at the heart of the Hong Kong New Wave. That particular moment, an apocalyptic age when the prospect of the Handover to the Mainland hung over every aspect of Hong Kong life, had dissipated by the late 90s, when Lam had joined Woo and Tsui in scraping together Hollywood products beneath their talent level (as fine as many of their American films are, and many of them are quite good, I don’t think this point is debatable). When he tired of that, he walked away to spend more time with his family. His only film since the 2003 direct-to-video Van Damme film In Hell was one third of the omnibus film Triangle made with Tsui and Johnnie To in 2007. 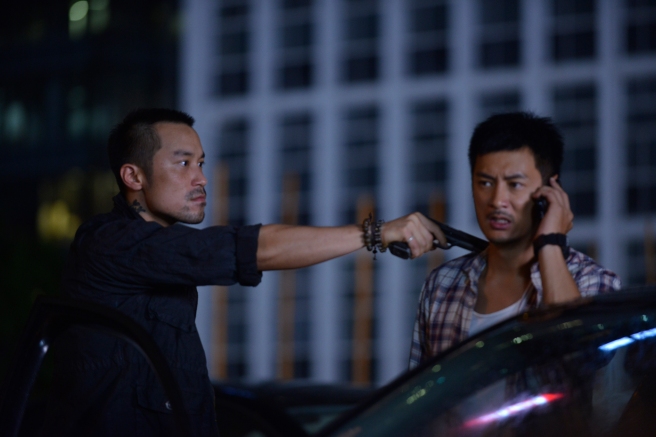 But now, his son having graduated from college, he’s back. Wild City stars Louis Koo (Don’t Go Breaking My Heart 2) and Shawn Yue (Love in a Puff) as half-brothers who find themselves embroiled in a classic noir plot: a beautiful woman in distress on the run from gangsters and concealing a secret. They help her out (reluctantly at first, but of course they will) and find themselves the target of multiple gangs of villains: local Triads, an imported Taiwanese gang of killers (led by Hou Hsiao-hsien’s favorite avatar Jack Kao, sporting what appears to be a discarded version of Ng Man-tat’s wig from Aberdeen), and a cabal of white collar crooks both local and Mainlander. The plot moves swiftly in a more or less straight line, punctuated of course by a number of action scenes, both physical and vehicular.

While there isn’t a single spectacular set-piece or prodigious display of martial arts talent (ala Donnie Yen in the recent Kung Fu Jungle), Lam’s action sequences are very well assembled: coherent, immediate and above all fast. While there’s no single unforgettable stunt or image, the cumulative effect of the speed of the fights and car chases is nonetheless exhausting. Rather than super heroes, the protagonists of this film are regular guys struggling desperately when they get in way over their heads. Lam keeps the camera moving, shifting perspective between standard shots and the use of increasingly-omnipresent surveillance footage (a technique that’s quickly becoming standard in the years since it was pioneered by Milkyway Image’s 2007 film Eye in the Sky). It’s a masterpiece of the quick-cutting hand-held style, the movements of the camera working with the movements on screen, punctuated by frequent editing that works to amplify and clarify the action rather than blur and submerge it. It’s one of the few action films I’ve seen using this style that can rightly be called “elegant”. Less effectively, Lam occasionally makes use of the plastic CGI that infects so much contemporary Hong Kong cinema, rendering weightless impacts that should be more tangible, but for the most part his stunts look and feel natural.

While adopting the narrative form of his classic thrillers, Wild City nonetheless feels very different. Far from the doom hanging over City on Fire and Prison on Fire or the essentially post-apocalyptic Full Contact, this new Lam seems almost hopeful. His 21st Century Hong Kong is glossy and electric and as dangerous as ever, but there’s a new spirit animating the relationship between the two brothers. Koo, building on his soulful work in Don’t Go Breaking My Heart 2 (and thankfully not his mopey performance in Overheard 3), plays a straight arrow, a man who always wanted to be a cop but gave it up to protect his dumbass younger brother. He owns a bar now (doesn’t drink, of course), haunted by desaturated flashbacks (something he shares with the female lead, played too anonymously by Tong Liya). He’s still in the bar at the end, but he seems somewhat more at ease. His last words, delivered with an audaciously gorgeous dissolve, point to something beyond the nihilism of youth, a sigh of a wistful annihilation. 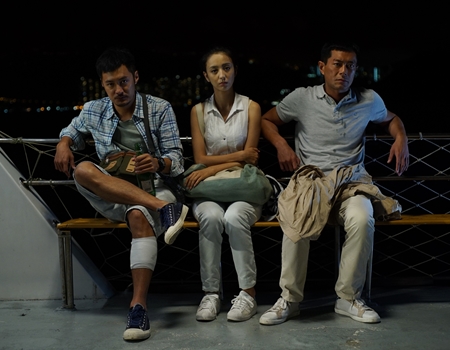 As with the most recent films from Tsui and To (along with younger directors like Pang Ho-cheung, Matt Chow and Teddy Chan), Lam’s new film plays as part of a package of films marketed solely to diasporic communities in major North American cities. This means it will likely receive almost no critical attention. I don’t know how long this has been going on, since I’ve really only begun paying attention since we launched Seattle Screen Scene, but this trend is a worrying one. On the plus side, it’s terrific that so many films from East Asia are actually getting multiplex releases (I’ve argued that multiplexes should devote at least one screen to films like this and/or repertory programming for more than a decade). But because they’re not being targeted to the community as a whole, the kind of audiences these films should be generating aren’t finding them. Cinephiles, art house attendees, the legion of SIFF-goers, the kind of people who don’t care about reading subtitles and like to watch good movies and maybe occasionally read a bit of film criticism. It’s telling that the films that get these releases are Asian (in Seattle it’s almost always split between Chinese and Korean films at the AMC Pacific Place and Indian and Filipino movies at the Cinemark Lincoln Square and Regal Meridian and Parkway Plaza) and not European. Partly that’s a result of demographics, but also I think there persists a theory in film distribution and exhibition (and criticism, to a lesser extent) that European films are usually Serious Art and Occasionally Entertaining while Asian films are Occasionally Serious Art but Mostly Weird Trash that no one would want to see unless they are already that specific kind of Asian. Basically what I’m saying is that there’s no way The Hundred-Year-Old Man Who Climbed Out the Window and Disappeared deserved a multi-week, multi-venue run on Seattle Screens while Don’t Go Breaking My Heart 2, The Taking of Tiger Mountain, Women Who Know How To Flirt Are the Luckiest, 12 Golden Ducks, Kung Fu Jungle and Wild City played on single screens, all but invisible to the wide, mainstream audience. But on the other other hand, SIFF is playing Mission: Impossible 5 this week while not opening Phoenix until August 14th, a week after the movie plays in Bellingham*. So I guess we have to take what we can get.

*Our Bellingham correspondent informs me that Phoenix isn’t actually playing there until August 28th, two weeks after it opens in Seattle. But the Pickford Film Center’s website still lists it as opening on August 7th.