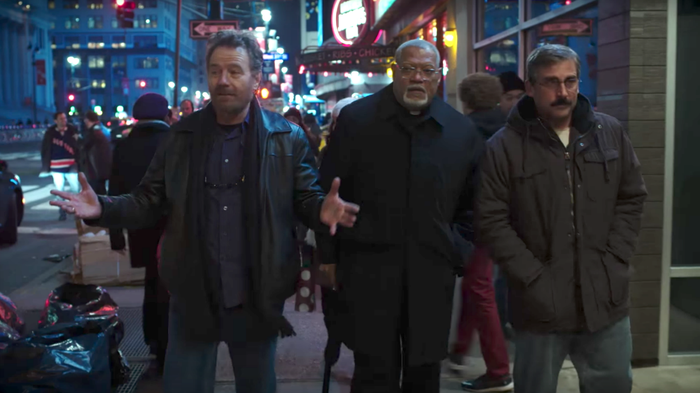 Richard Linklater has cultivated a career based on two slightly clashing recurring interests: continual experimentation with the passing of time on film, and a love for the outsider and wanderer. As a result, Last Flag Flying is something of an anomaly because of its deceptively straightforward nature in the context of his oeuvre. A spiritual to Hal Ashby’s seminal The Last Detail co-written by the original novelist, the movie is at first glance a standard Iraq War drama. But this is first-and-foremost a Richard Linklater film, and through the lengthy, considered conversations that form its backbone the catharsis is generated naturally and truthfully.

I should note at this point that I haven’t seen the ostensible predecessor to Last Flag Flying, and while there are many seeming allusions to events that would logically have happened in The Last Detail, most of the references are apparently fashioned for the film or the novel it’s based on, and not the prior sources: the character names have been changed, their military branch has been altered from the Navy to the Marines, etc.

END_OF_DOCUMENT_TOKEN_TO_BE_REPLACED 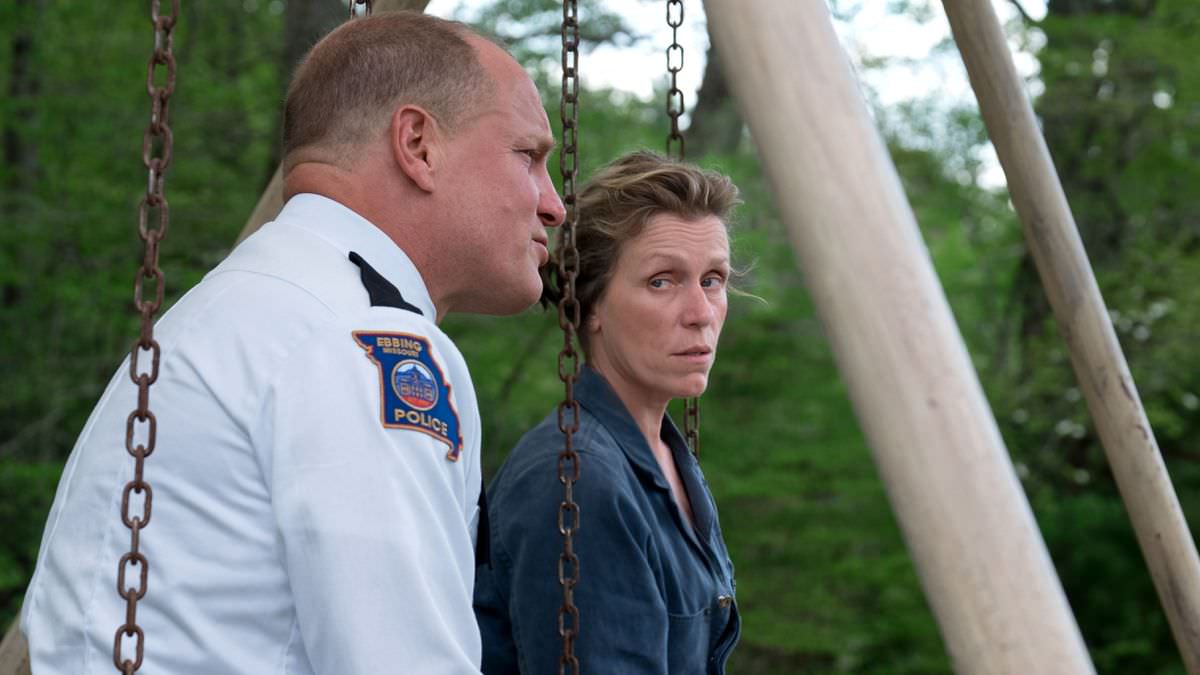 Discussing a film’s “timeliness,” regardless of what cultural and political climate it was conceived and produced under, is typically a foolhardy errand, prone to improperly deconstructing its complexities into a simple, digestible message or moral. And while these issues with the approach are only slightly less problematic when applied to Three Billboards Outside Ebbing, Missouri, it’s hard to ignore the litany of long-delayed outrages that have arisen in between the movie’s premiere and release, beginning with the well-judged withdrawal from Fantastic Fest and continuing with the (at least temporary) downfalls of Weinstein, Spacey, etc. With these events in mind, it’s tempting to take the movie as a straightforward condemnation of sexual assault and the indifference with which it was too long received. However, for better and for worse, the film is concerned with a more all-encompassing and thorny critique of American heartland culture, with equal parts finesse and head-thumping obviousness.

Three Billboards Outside Ebbing, Missouri‘s premise is relatively simple, concerning Mildred Hayes’s (Frances McDormand) attempts to find the man who raped and murdered her daughter seven months prior. At the moment the film begins, the efforts on the part of the town and the police department have come to a standstill. In a ploy to draw attention to the case, Mildred rents the eponymous billboards that point the finger, in bold black text surrounded by red, at Chief Willoughby (Woody Harrelson), the head sheriff in a losing battle with pancreatic cancer. This in turn sets off a torrent of outrage directed at Mildred, triggering a shocking spiral of seething hatred and scorn in the small town.

END_OF_DOCUMENT_TOKEN_TO_BE_REPLACED

I haven’t seen any of the big new movies out this week (Last Flag Flying, Three Billboards, Thirst Street, The Work), but the one I most want to see is Lady Bird. Ryan’s seen it though, and here’s what he has to say: A24 continues their remarkable streak of films that played at the New York Film Festival and focus on young people with Greta Gerwig’s solo directorial debut Lady Bird. While it has clear strands of DNA from Gerwig’s prior great films co-written with Noah Baumbach, the movie possesses a easy sprightliness all its own. Starring Saoirse Ronan as the eponymous high school student over her senior year as she navigates filial, romantic, and platonic relationships in the staid environs of Sacramento, it is one of the sweetest and most deeply felt films of the year. It’s playing now at the Egyptian, Lincoln Square, Thornton Place and the Seattle 10, which used to be the Metro and probably should be again.